A Spoiler-Free Review Of Star Wars: The Last Jedi 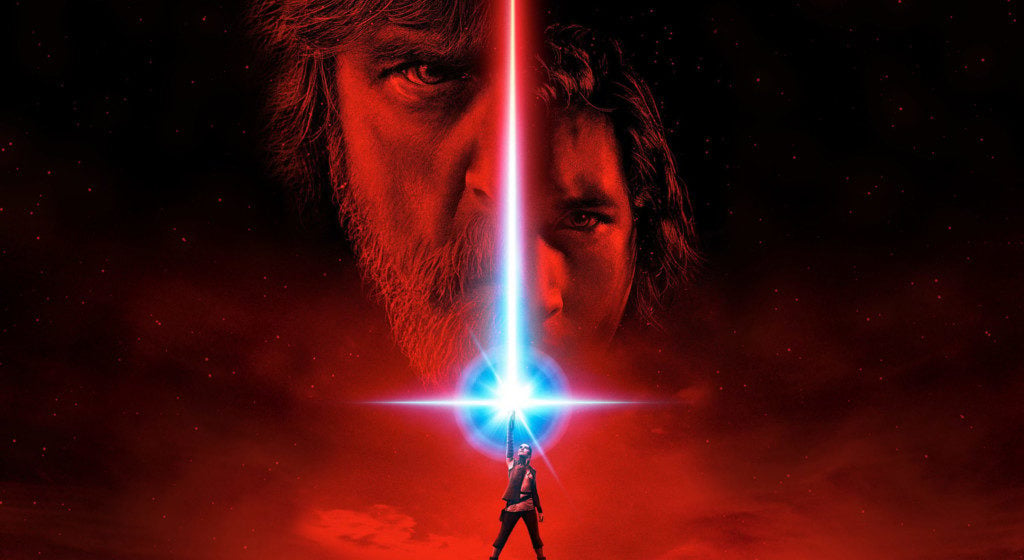 As we waited to enter the cinema, observing the die-hard fans dressing as Kylo Ren and one giant-sized man as Chewbacca, some women as Senator Amidala and others as Storm Troopers, one couldn’t help but feel anxious for the Star Wars franchise. I saw looks of pure joy before the movie had started, anticipation and hype left me with a small pit of anxiety—it was the unknown, could they really pull this off? Star Wars: The Force Awakens welcomed fans back to their beloved universe in dramatic fashion and most embraced it for what it was—the return of Star Wars.

But The Force Awakens had a far easier task than The Last Jedi. This film needed to lift the weight off of George Lucas’s shoulders, it needed to stamp its authority and make fans fall in love all over again with a new set of characters just the way Hans Solo, Princess Leia, R2-D2 and Luke Skywalker did. It needed to make you question the fate of the Sith and the Jedi and the strength of those with incredible power. More importantly, it needed to respect the past and move toward the future. How fitting that the fate of this movie was tied to one big balancing act.

Many fans walking into this had questions surrounding the identity of introduced characters and the fate of old ones. After copious amounts of movie previews, finally, John William’s immortal score filled the cinema accompanied by the gold crawl of prelude and fans were about to receive all the answers they wanted.

I will begin with the cast and characters. Daisy Ridley returns as Rey, who is now in the hands of an obscure Luke Skywalker, played by Mark Hamill. And three new characters are introduced in the Last Jedi. Perhaps one of my favourite additions to the Star Wars universe is the genius of Benicio del Toro. The other two additional characters are Vice Amiral Holdo played by Laura Dern and Rose Tico, played by Kelly Marie Tran. These new characters marry into the universe extremely well, strengthening the narrative arc of some of the characters and adding to the plot. Andy Serkis returns to play the mysterious and sinister Supreme Leader Snoke, who has left fans going bananas over his identity and purpose. As this is a spoiler-free review I won’t go into any detail about Snoke, but know that his presence in the Last Jedi is clear and prominent. John Boyega reprises his role as Finn and his contribution to The Last Jedi isn’t too dissimilar to that of The Force Awakens.

Last but not least our beloved-late Carrie Fisher returns as Leia Organa. Her strong presence in the film cannot be ignored—The Last Jedi captures Leia’s history, her value to the resistance and her ambitions of returning power to the Republic. On a lighter note, the Porgs were feared to be another Jar Jar Binks scenario, but you will come to like them. In fact, there are a few new creatures we haven’t seen in the Star Wars universe before, and I’m pleased to inform you won’t lose any sleep over them.

The overarching theme of Star Wars: The Last Jedi surrounds the ambiguous and almost dark-like nature of Luke Skywalker. The film’s ambitions to explore the mind of Luke and how the past has changed him was a success. In part, the film grasps the history of Star Wars and chips away at fan’s questions bit by bit, and it was commendable to see such a balancing act between the past and the future. We see parallels drawn between Rey and Luke, from the old Jedi ways to the unknown nature of what may be the next generation of Jedi. Through Luke’s relationship with Rey we are taken back to the days of the master and the apprentice but in a more non-conventional manner. We see elements of a broken system being rebuilt and renewed by Rey and Kylo Ren. Additionally, fans are able to feel the nostalgia surrounding the Jedi once again, feel the elements of the force more so than a concentration on droids and large armies. The film zooms in once again (and about time) on the importance of the existence of the Jedi and their ways. However, whilst it does this it also produces a different angle, which in one scene left the audience gasping out of pure excitement. Spoiler free but you will know the scene when you see it.

Star Wars: The last Jedi was a step in the right direction for the franchise, it explored new worlds, new people, married together the past and the present and more importantly answered questions setting the scene for coming movies.