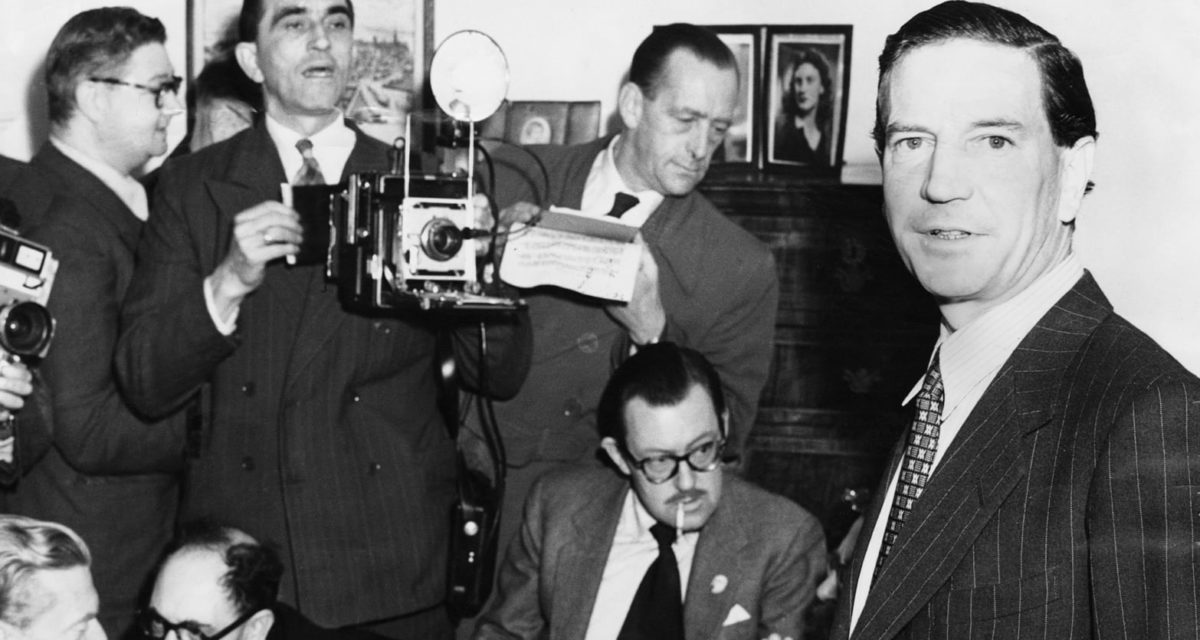 BritBox is the UK’s rival streaming service to Netflix, and, in true ‘don’t bring a knife to a gunfight’ fashion, they’re pulling out all stops for their upcoming spy drama to follow the platform’s arrival in Australia.

Already known in the UK and US for hosting some of the BBC and ITV’s most-loved TV shows, BritBox will soon be adding A Spy Among Friends to their list of acclaimed dramas. Based on the thrilling true story of notorious British Intelligence officer/Soviet double agent, Kim Philby, the upcoming series is a dark story of class, intrigue, deceit, and treacherous male friendship.

Actors Dominic West (The Wire) and Damian Lewis (Homeland, Billions) are set to star – and as real-life alumni of the $75K-a-year all-boys boarding school Eton – it wouldn’t be farfetched to consider them a casting director’s dream duo to take on some good old fashioned Cold War espionage from their same era.

For those unfamiliar with the story of Philby (to be played by West), he was the most successful of the British communists who spied for Moscow, known as the Cambridge Five, a KGB spy ring that penetrated the highest levels of British intelligence at the tail end of WWII and early stages of the Cold War.

Aside from the numerous betrayals of his country, colleagues, and family – Philby was also notable for his betrayal of his friends, namely Nicholas Elliot (played by Lewis). Elliot was an MI6 officer who was almost devout in his defence of the accusations of Philby as a Russian double agent.

While filming has been delayed due to COVID-19, production is expected to recommence shortly, with a release planned for early next year. In the meantime, you can fill yourself in ahead of A Spy Among Friends with the bestselling book of the same name.

BritBox is scheduled to arrive in Australia later this year.

In the meantime, we recommend you jump on the BBC’s drama of the decade, Bodyguard.