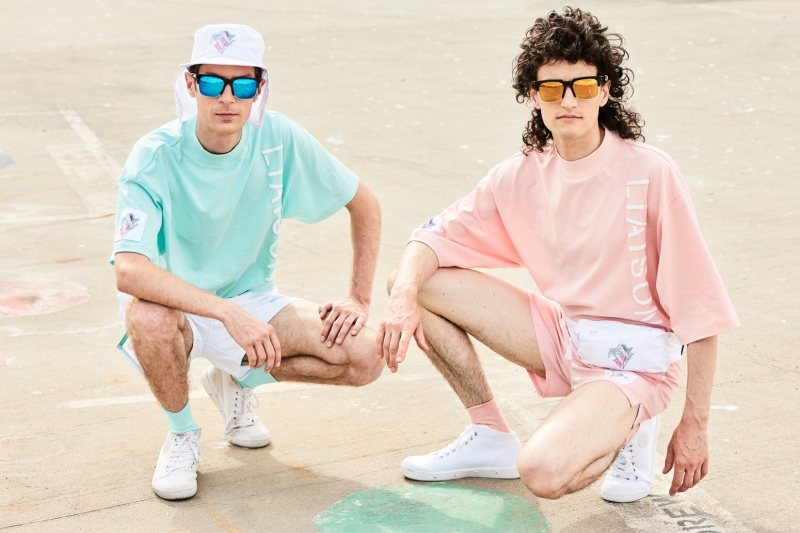 Make hay while the sun shines, as they say. And with the mid-point of Summer approaching, you’d best do as the proverbial “they” say. In December, Coogee Pavilion revived Sunday Sundown as presented by Summer Bright Lager. This annual live music series recruited the talents of Miami Horror, Swick, and Linda Marigliano for recurring residencies. As of February, the one and only Client Liaison is set to move on in for their own weekly feel-good throwdown. A little something to help those cocktails go down a touch smoother.

The indie-pop duo will helm the old Pioneer decks on the rooftop, coming in hot from quite the busy year. Harvey Miller and Monte Morgan clocked some decent mileage in their off-white limousine throughout 2017. Occasionally being accompanied by Tom Tilley. And on one momentous occasion, by the iconic Tina Arena herself. The lads embarked on their inaugural A Foreign Affair world tour, kicking ass and taking names both locally and abroad. A stand-out electric stopover being that of Splendour ’17. (To refresh your memories: “… If there were awards for crowd fun, Client Liaison would take it. No. Fucking. Contest…”.)

Championing Australian identity through irony, kitsch, and a love for the game, Client Liaison promises to flavour your final Summer grooves the best way they know how. Through a sonic palate of “dance electric”, “new jack swing” and “pop ballad”. One can expect more than a good time at a Client Liaison affair, domestic or international, which should be more than enough convincing for you to rock up. But if that’s not enough, do remember entry is free.

Sunday Sundown will be occurring every Sunday (duh) until 25 February, from 5 to 7pm.
Linda Marigliano + Swick will be heading up the festivities on the 14th, 21st, and 28th of January.
Client Liaison will be spinning some tracks on the 4th, 11th, 18th, and 25th of February.
Be there.