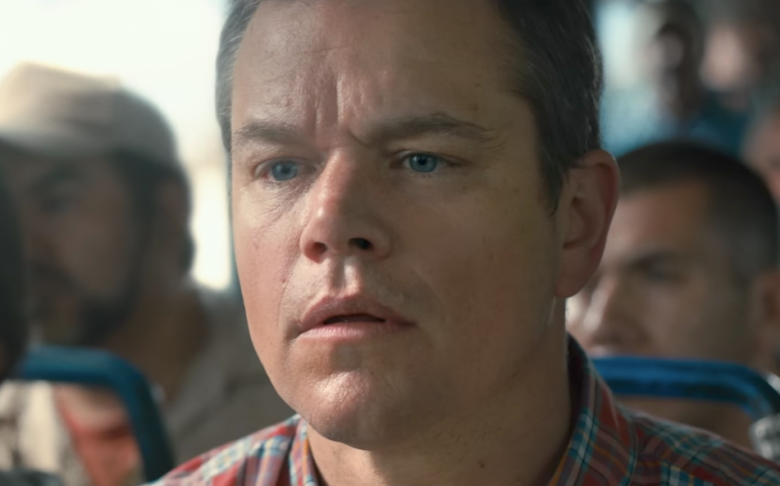 Fresh off a premiere at the Venice Film Festival, ‘Downsizing’ is an upcoming sci-fi comedy that is currently racking in the early positive reviews. After seeing Matt Damon lead the piece, critics have given it a massive early backing that’s creating a decent amount of hype.

The film’s concept looks at a future setting where overpopulation is combated by shrinking people to 5 inches tall and building small exuberant communities for them to live in. Matt Damon’s character is a man hoping to escape his problems by entering that miniature world, with support from the likes of Christoph Waltz, Kristen Wiig, Jason Sudeikis, Alex Baldwin and Neil Patrick Harris, providing a solid backing for the story.

Currently sitting at 90% on Rotten Tomatoes, ‘Downsizing’ has also scored a 5/5 from The Guardian, with film critic Xan Brooks calling it a “winningly inventive tale”. The Independent also called it a film that “plays for laughs even as it deals with such hefty matters as climate change, overpopulation and looming environmental catastrophe”. With such epic reviews already coming in, it’s worth checking out the freshly released teaser trailer above before the film drops on Boxing Day.