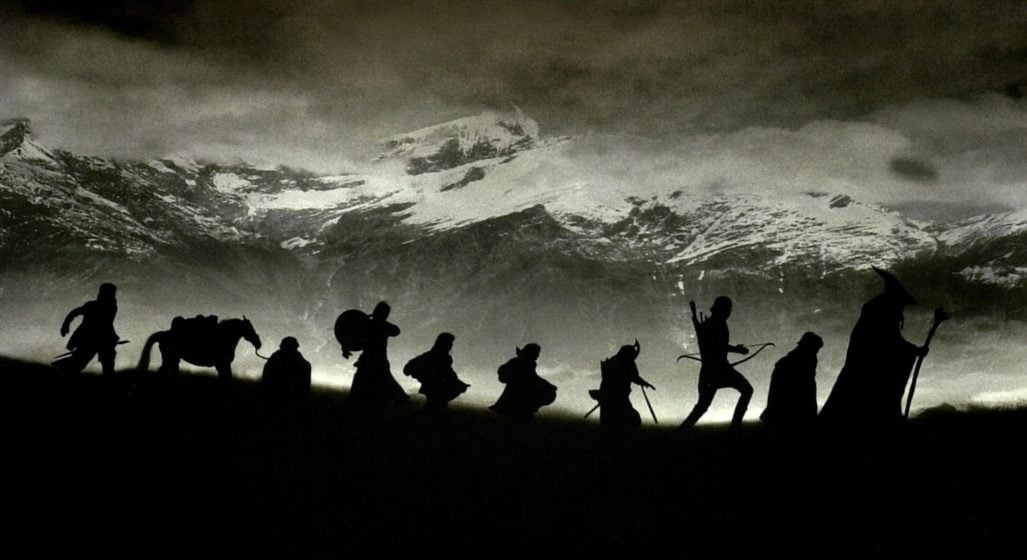 By now, you will have heard about Amazon’s plans to bring a Lord of the Rings series into the world, an answer to HBO’s Game of Thrones. And a strategic one at that, given we’ll all be sporting a George R.R. Martin sized hole in our hearts after its conclusion next year.

When we last reported on it, Amazon’s budget was revealed to be a casual $250 million USD to acquire the property’s screen adaptation rights alone, with an additional $250 million USD for the show’s general cost. For the outrageously lazy (or the outrageously dull), this brought the show’s total cost to $500 million USD. Since then, that lofty figure has been bumped up to a billion dollars (USD). And if you think that’s confident, a five-season contract has also been locked in. Suffice it to say, there’s a lot riding on this and despite how loaded a certain Mr. Bezos is, a failure this unprecedented of this magnitude will be felt by all parties involved. Hard.

Here’s everything you need to know about Amazon’s billion-dollar Lord of the Rings TV show.

As of this article’s publish date, no on-screen talent has been officially announced. All that has been made public is who will not appear. This list includes Ian McKellan, Andy Serkis, and based on his comments railing this upcoming series for being nothing more than a cash grab, John Rhys-Davies.

“It’s not about doing it better, it’s about making more money, that’s all,” says Rhys-Davies.

“If they think they can make more money, then they will.”

Sean Astin has not been asked either to the extent of our knowledge, though he has expressed interest vis-a-vis small screen participation. The man behind Samwise Gamgee has most recently appeared in the second season of Stranger Things, so roles outside of film aren’t out of the question for him (scheduling and story permitting).

“I’ve been saying for fifteen years… maybe like years after Lord of the Rings came out, that it would get remade. And people always said, ‘Oh no, it’ll never get remade! It’s a classic! They could never top it!’,” says Astin.

“It’s a massive story! The characters are so beloved.”

Behind the camera, Peter Jackson will also be absent as the famed director confirmed in an interview earlier this year. Amazon executives, however, have gone on record to state there’s no bad blood between Jackson and the LOTR productions. There’s even an on-going conversation regarding “how involved” he’ll be on the creative process. Based on past experiences, if Jackson doesn’t exceed the producer status or even executive producer, it’ll be like he’s not involved at all. Just a heads up.

Filling the role once assigned to Jackson will be JD Payne and Patrick McKay. The anointed showrunners have writing credits for Star Trek 4 from the J.J. Abrams lineage, the Godzilla vs. Kong project, as well as the soon-to-be-released Dwayne Johnson and Emily Blunt film, Jungle Cruise, under their belts.

“The rich world that J.R.R. Tolkien created is filled with majesty and heart, wisdom and complexity,” says the duo.

“We are absolutely thrilled to be partnering with Amazon to bring it to life anew. We feel like Frodo, setting out from the Shire, with a great responsibility in our care — it is the beginning of the adventure of a lifetime.”

Set in Middle Earth, the series will explore storylines that have never been adapted before the events of The Fellowship of the Ring. There has been a rumour circulating regarding the creative restrictions imposed by the rights holders, dictating what will and will not be allowed. If this is anything like Smallville’s inability to let Superman fly for some ten seasons, it’s eye-rolls all round.

A script has not been fully penned yet, or at the very least, no one has leaked dick about dick. As implied within the parametrs of a LOTR prequel, in the words of NME, it pretty much means anything prior to Bilbo handing over the ring to Frodo, leaving a mere few thousand years of folklore to work with. Well said, fellas.

[BREAKING] We have confirmed from multiple sources that @AmazonStudios new billion-dollar #LOTR series will open its first season centered on a young Aragorn.

Let's discuss whats available and how this opens up Tolkien's Legendarium. A thread. #Tolkien
/1 pic.twitter.com/mfbkf4jyX6

Miraculously, an avid fan site by the name of TheOneRing has lead the charge on script related inside scoops. Back in May of this year, they reported that the opening season of the show will centre on a young Aragorn (originally portrayed by Viggo Mortensen) via Twitter. So back on the topic of casting, keep your eyes peeled for anyone that looks like a young Viggo Mortensen.

Even the OG fan of Tolkien mythology, Sean Astin himself, has publicly theorised on the direction of this future series.

“The Mines of Moria are referred to a lot in Lord of the Rings. And I guess in The Hobbit trilogy, you spent a little bit of time with them, but the culture of the dwarves in the mines I would love to see.”

When queried about the tone and feel, Amazon executive Jennifer Salke had this to say:

“It’s not a remaking of the movies, and it’s not a whole new thing,” says Salke.

“It’s something in between… not, ‘Oh, it’s “Lord of the Rings” but you don’t recognize anything in it,’ but it’s not totally familiar to you either. So it’s original.”

As we said earlier in March and somewhere earlier in this very write-up, Amazon’s hefty investment has been greenlit in an effort to hold an in-house property comparable to Game of Thrones, something to hopefully snowball into a “ratings juggernaut”. Yes, the cinematic popularity and less-than-casual fandom is certainly there, but how the series will be received both critically and generally will ultimately come down to the execution.

Jeff Bezos has made it quite clear that popularity alone will not be enough, nor is it the main objective. The CEO and founder of Amazon who moonlights as the richest man in the world has previously acknowledged the importance of critical acclaim which will eventually translate into being a major selling point for the Amazon Prime subscription service.

Fair play. The lights don’t stay on and the cameras don’t roll unless there’s a profit margin/operating cash flow to play around with, after all.

For a bit of perspective on how ridiculous a billion dollar spend is on a single series, Game of Thrones reported an inflated budget for its eighth and final season – every single episode once cost an impressive $6 million USD, these final six weekly instalments will rack up a bill of $15 million USD. Per episode. Even accounting for the salaries of household-names, that’s an incredible amount of capital required for the scaled-up CGI and all-out battle scenes.

As for a definitive release date, the terms of the original contract regarding screen rights dictated Amazon was required to roll cameras within the next two years meaning production had to start by November 2019 at the latest. Salke said the following regarding an ETA on when the masses will be able to stream the madness on their telly;