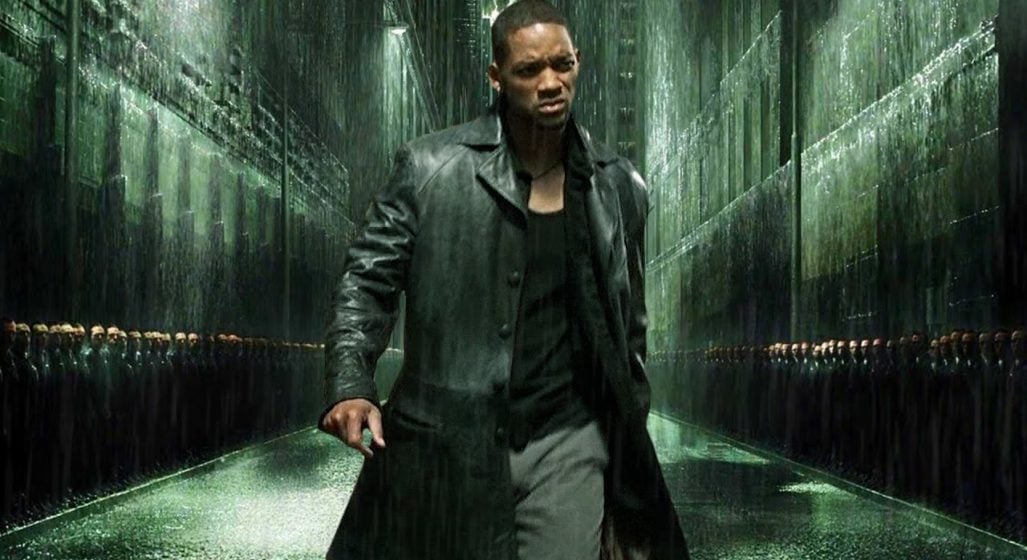 Last week Will Smith took to his YouTube channel to reveal he once turned down the role of Neo in the Wachowsibling’sings science fiction blockbuster The Matrix. In the video, Smith explains how he didn’t quite understand the script and when the Wachowski’s pitched the film to him personally, he was left even more confused about a film where “everybody lives inside a computer.”

Although Smith regrets turning down the film – The Matrix went on to gross over $463 million at the box office while Wild Wild West, the film Smith took on instead, was a massive bomb – he believes Keanu Reeves made the role his own and was one of the main reason for the film’s success.

Of course, Smith isn’t the first actor to say no to a major role, with some of the biggest names in Hollywood having made some rough choices over the years. Here’s a look at other actors who have knocked back some awesome opportunities during their careers.

This one worked out well for both actors, with Titanic turning DiCaprio into a bankable A-lister and Boogie Nights showing the world Wahlberg was more than just an underwear model.

Love him or hate him, there’s no denying Nicholas Cage is one of the most entertaining actors of our generation. Whether appearing in a box office smash like National Treasure, the indie hit Mandy or typical direct-to-DVD in 211 and Between Worlds, Cage always brings something interesting to the table.

While it would have been amazing to see Cage as a burnt out wrestler in Darren Aronofsky’s The Wrestler, I’m glad things didn’t go that way. Mickey Rourke was Aronofsky’s initial pick, but as he was in a bad spot with his career, nobody would greenlight the film. Cage then secured the role but dropped out as he believed he’d have to take steroids to achieve the look of wrestler Randy “The Ram” Robinson. Rourke was finally cast and went on to win a Golden Globe and a BAFTA, confirming Aronofsky was right to want him in the film.

Sean Connery – The Lord Of The Rings

After playing the OG Bond in the biggest film franchise in history, Sean Connery could have been part of another huge franchise when he was asked to play Gandalf in Peter Jackson’s adaptation of Lord Of The Rings. Connery was offered over $10 million per film along with a portion of the box office profits (over $3 billion so far) but decided against the role due to not understanding the plot.

As the Huffington Post detailed, Connery said of the part, “I never understood it. I read the book. I read the script. I saw the movie. I still don’t understand it. Ian McKellen, I believe, is marvellous in it.” Personally, I don’t think a Scottish accent really suits Gandalf so I’m glad this one never eventuated.

Baz Luhrmann’s outback epic was pretty naff, but could the stylised blockbuster have been saved if Russell Crowe got his way? After being initially cast in the lead role Crowe demanded script approval. When this wasn’t forthcoming, he quit, throwing the production into chaos. Heath Ledger was next in line but he declined in favour of playing The Joker in The Dark Knight. Smart move. Hugh Jackman finally signed on but probably wished he hadn’t after Australia was released to very mediocre reviews.

It’s hard to imagine anyone else playing Forrest Gump, but Tom Hanks almost missed out on the role after John Travolta was first asked to play the unique character. At the time the film was made Travolta’s career was in the doldrums and this could have been the movie to reignite it, but he decided it wasn’t for him. Although he regrets it now, Travolta ended up being offered a part in Pulp Fiction, so it all turned out rosy in the end.

Burt Reynolds – Every Amazing Role You Can Think Of

Acting legend Burt Reynolds had a career many actors would envy. Smokey And The Bandit, Deliverance, The Longest Yard and Boogie Nights are just a few of the films that made him a Hollywood heartthrob. But throughout his long career the recently deceased Reynolds turned down a host of massive opportunities.

One of his biggest regrets was saying no to taking on the role of James Bond, believing audiences wouldn’t accept an American as the titular character. As well as Bond, Reynolds knocked back the role of Michael Corleone in The Godfather, Han Solo in Star Wars, John McClane in Die Hard and Randle Patrick McMurphy in One Flew Over The Cuckoo’s Nest. Despite passing on all these projects Reynolds managed a long and successful career, cementing himself as an acting great.