First Look: Beasts Of No Nation 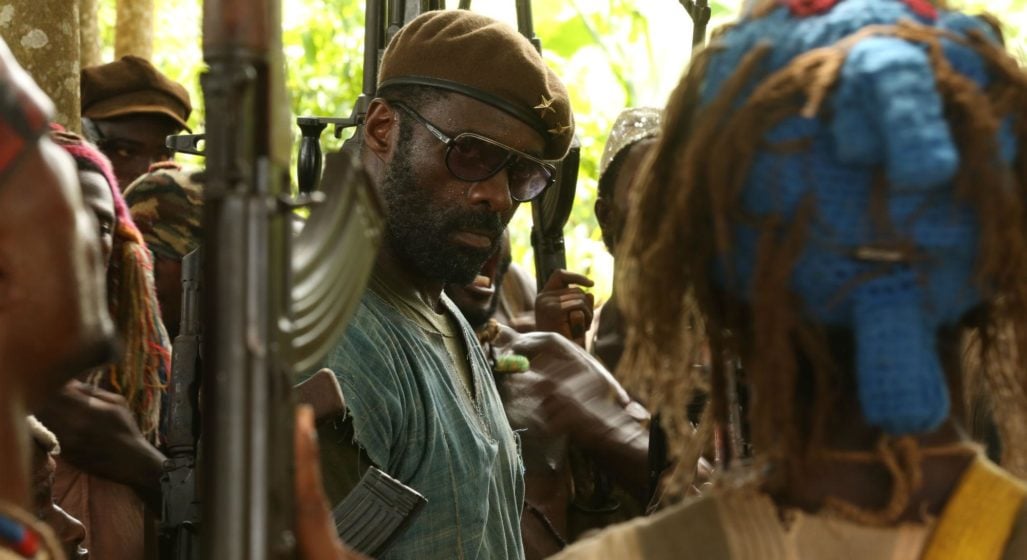 Netflix has added another chapter in its pursuit of entertainment glory with the upcoming release of Beasts Of No Nation. The film is now the first ever feature to be produced by Netflix and the early word is that it’s a strong Oscar contender.

Beasts Of No Nation is directed by Cary Fukunaga, the same man behind the first (and indubitably better) season of True Detective, and is based on the 2005 novel of the same name by Uzodinma Iweala. Adding to the list of cool names and talent is none other than Idris Elba.

The novel upon which it was based has received critical acclaim throughout the United States, and Beasts Of No Nation doesn’t disappoint, depicting the harsh reality of child soldiers by looking at the complex manipulation and degradation of children being forced into military.

The normally charming Elba has long been rumored to be a potential 007, James Bond. However he recently found himself in the news after the writer of the latest Bond novel declared him too “street” to be Bond. In Beasts however, Elba does away with the charm to portray a warlord in an unnamed African country. From the limited sample of the film, he is truly terrifying.

Indeed the film looks very promising in its searing display of the harsh realities facing children daily throughout Africa. Each frame manages to capture the beauty of the land combined with the turmoil of the inhabitants and destruction caused by fighting and civil war. Netflix-produced television pulls no punches and is often able to get away with more than regular network television. Their first foray into cinema looks to be of no exception.

The streaming service seems the perfect fit to produce a story that is gritty, honest, devastating and true. It also signifies a massive step forward for Netflix, who have so far been limited to production on the small screen. What it means for the film distribution landscape remains to be seen however, if the early buzz is accurate, moviegoers should be excited.