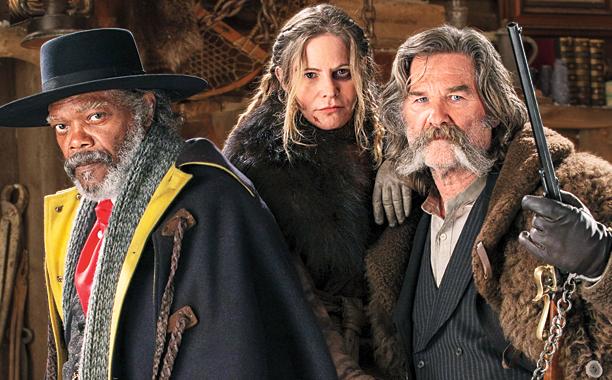 The frosty ice cold (and unusually lengthy) teaser trailer for Quentin Tarantino’s The Hateful Eight has arrived. This is monumental when you consider that due to script leaks and lawsuits Tarantino almost considered canning the entire film all together. It wasn’t until a quality reception from a live script read that the great man decided to push on with what would become his 8th film.

Starring a host of Tarantino regulars such as Samuel L. Jackson, Michael Madsen, and Tim Roth, the film takes place in post-civil war Wyoming as bounty hunters seek shelter from a blizzard. At only three words long, The Hateful Eight will be the longest title in the Tarantino catalogue (interesting fact, I know – and he co-directed From Dusk Till Dawn, so it gets by on a technicality).

The trailer promises classic Tarantino dialogue and quirky characters, yet it seems to lack something that his previous films had. Tarantino’s style of films took a clear shift with the Kill Billseries and then went even further and grandiose at the arrival of the hilarious Inglorious Basterds. While his films have also become much more obvious in their homage to genres and films of yesteryear, Tarantino has also been able to indulge in his own quirks on a grander scale.

Still the film offers an impressive cast also featuring Channing Tatum, Kurt Russell, and Jennifer Jason Leigh, and the man has enough credits in the bank for us to back him in! However it won’t be until early next year we get to see Tarantino’s 8th as it is scheduled for release on January 8th in the USA.