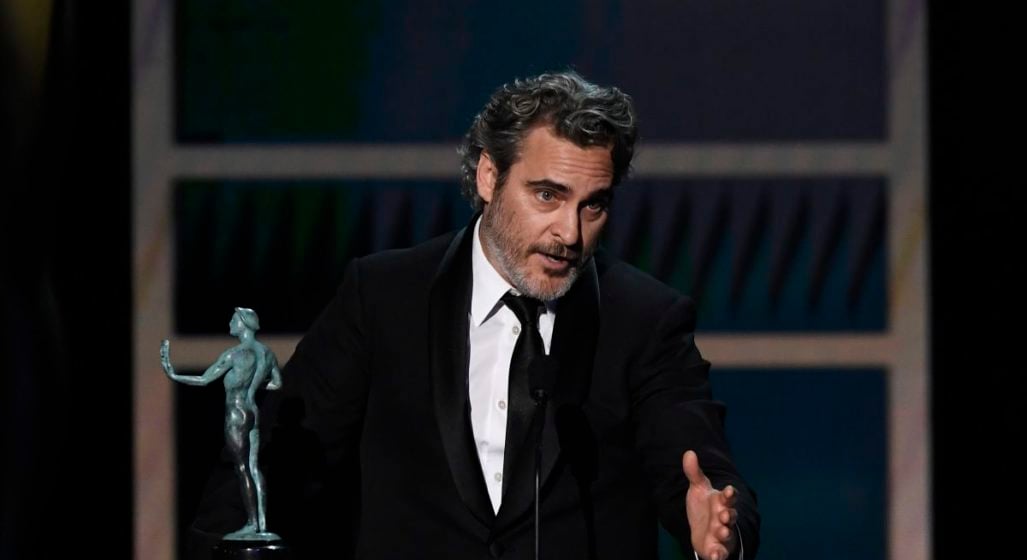 Joaquin Phoenix has just been awarded the honour of Outstanding Performance for his portrayal as Arthur Fleck in Joker at the 2020 Screen Actors Guild Awards.

But the award itself isn’t why we’re here today – it’s his words that really caught our attention. Ever the humble soul, Phoenix’s speech was an absolute masterclass on how to be gracious.

Instead of milking the few minutes he had on the podium for personal glory, Phoenix took the time to praise each of his fellow nominees as well as their respective performances. And even slinging some playful banter at Leonardo DiCaprio’s direction vis-a-vis constantly losing roles to the Once Upon A Time In Hollywood actor during the early days of their careers.

“There would always be like two other guys that I was up against and we’d always lose to this one kid,” says Phoenix.

“No actor would ever say his name. Like every casting director would say, ‘It’s Leonardo, it’s Leonardo!’… You’ve been an inspiration for over twenty-five years to me and so many people, I thank you very, very, very much.”

Phoenix later went on to show his appreciation for Christian Bale’s commitment and inability to perform badly (“I wish you would, just one time, just suck once, OK?”); Adam Driver’s nuanced, profound, and devastating mastery of emotions; as well as Taron Egerton’s “beautiful” performance as Elton John in Rocketman.

Watch the full acceptance speech above.

RELATED: 5 Habits “Mentally Strong” People Don’t Waste Time With (According To A Psychotherapist)