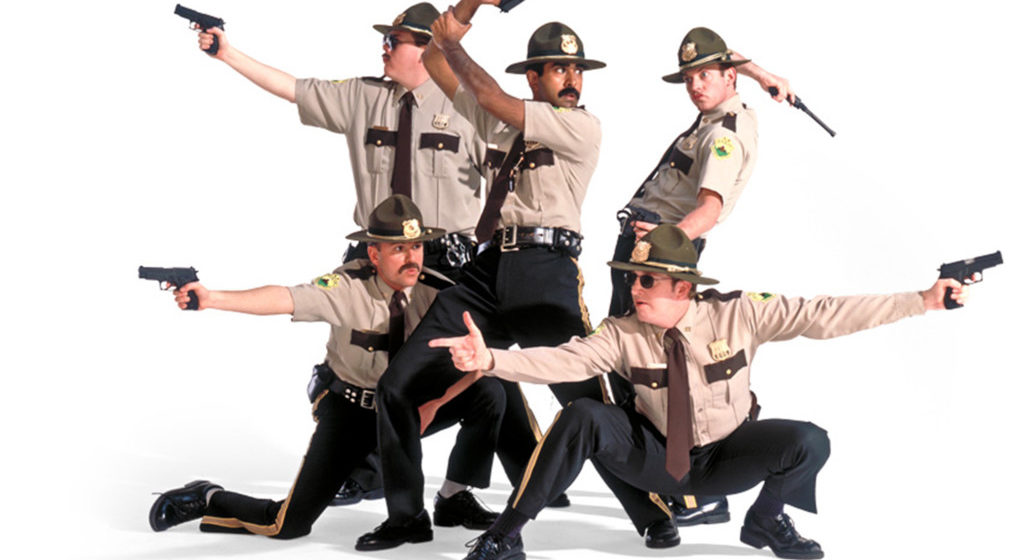 In keeping with the current Hollywood trend of producing sequels to films from years and years ago, the trailer for the long awaited Super Troopers sequel has just been released. The original graced us with its presence seventeens years ago, which had us holding our stomachs, breathless, and in tears. And it seems as though this raucous follow up will be no different.

The Broken Lizard comedy troupe returns, lead by the hilarious Jay Chandrasekhar. This cinematic instalment will follow our favourite highway patrol slackers as they move into the jurisdiction of some Canadian mounties. Shenanigans ensue (obviously). Additionally, it appears as though the lads are joined by Rob Lowe this time round; who may or my not be the secret villain to be revealed judging by his 80s villain good-looks and all too charming demeanour.

The film is set to release on April 20th (heh.), which some of you may know as an international day of selective agriculture, and others may know as Hitler’s birthday. In any case, there’s good times to be had in the days to come.

Watch the red-band trailer below.