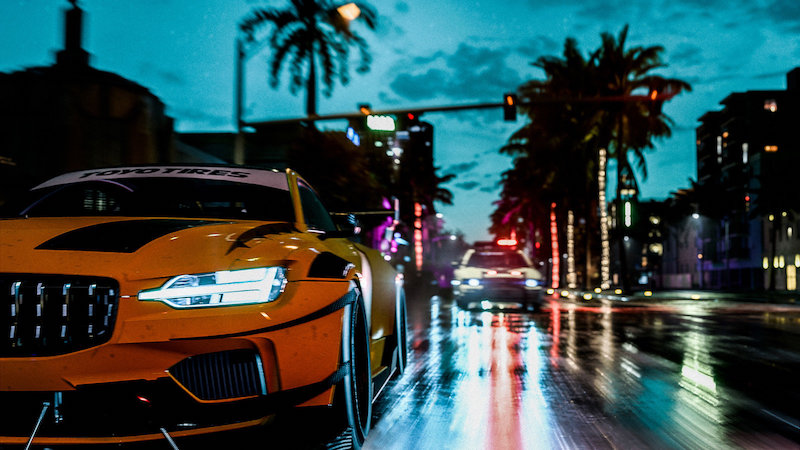 Electronic Arts’ long-running racing franchise is back with a bang in Need For Speed Heat. Blending thrilling street racing with high-octane police chases, the two-minute trailer showcases the game’s visually stunning style that embraces an 80’s Miami vibe thanks to an overwhelming amount of neon.

The 16th title in the series is set in the fictional town of Palm City, an ode to South Beach, and has races split into two categories.

During the day you can try your hand at the sanctioned competition known as Speedhunters Showdown, where winners earn money to buy and upgrade vehicles. Conversely, take your chances at night in the underground racing scene where you work for currency known as ‘Rep’ while avoiding falling into the clutches of corrupt cops who roam the streets.

Need For Speed Heat will aim to rectify the disappointment experienced by fans with the previous instalment, says creative director Riley Cooper. “Fans have been clear that they want more cars, more customisation, and more challenges, and we’re turning up on every aspect,” he said in an official statement released regarding the game.

Just announced: @ea will debut the first gameplay from @NeedforSpeed Heat during @gamescom Opening Night Live on Monday streaming around the world. pic.twitter.com/80KYRoJ0Cm

Need For Speed Heat will be available on the PlayStation 4, Xbox One and Windows PC on November 8, and look out for the full gameplay trailer that’s dropping in just four days time.

RELATED: Sony’s Playstation 5 to be revealed early next year