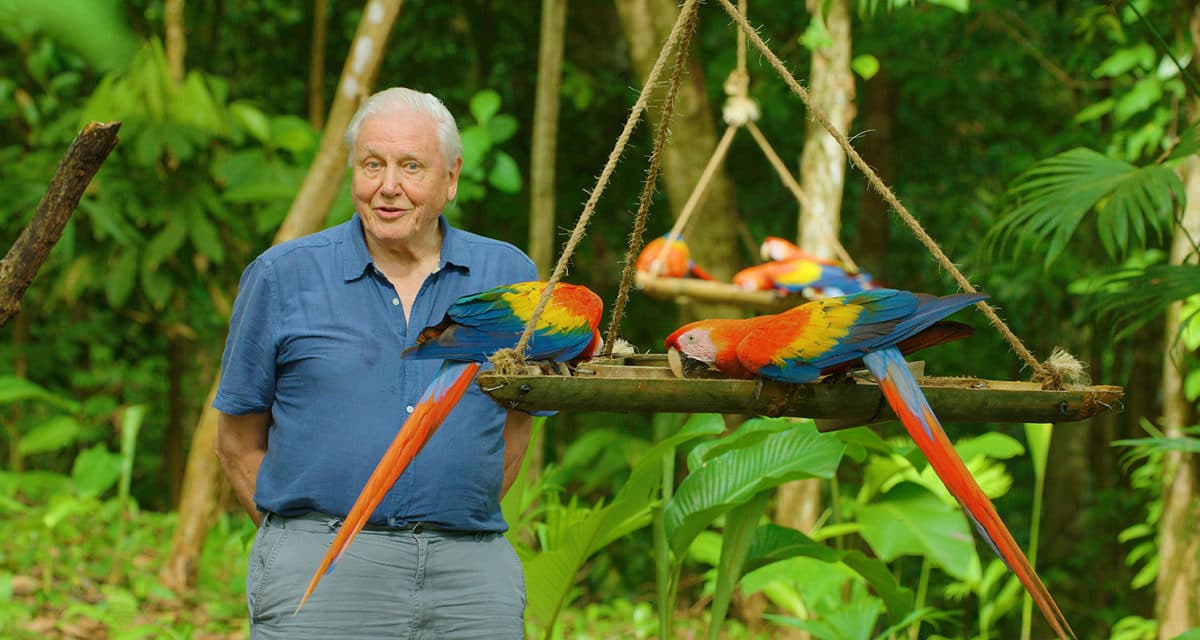 Veteran broadcaster, nature documentary GOAT, and the undisputed king of narration – Sir David Attenborough – refuses to slow his creative roll, not even as he approaches the ripe old age of 95. And by the looks of his upcoming Netflix series Life In Colour, the man is still very much capable of hitting educational homeruns.

Using cutting-edge technology – some of which were specifically designed for the series (more on this later) – Life In Colour will explore how animals use colours to survive: attract mates and flex on rivals to successfully reproduce, blend into the environment to protect the young and hide from predators. But there’s a fascinating twist…

Around the thirty-second mark of the trailer, the curtains are pulled back – or rather, the switch is flipped – to reveal what is quite literally an eye-opening experience. Given how the human eye can only perceive a limited spectrum of colours like the evolutionary plebs we are, the documentary series will aim to simulate what it’s actually like to see through the biological lens of various animals.

RELATED: ‘Earth At Night In Colour’ Looks Like A Proper Nature Doco

“To understand how these colours work, you need to see them from an animal’s perspective – with new cameras developed especially for this series, now, we can,” the man himself explains.

Suffice it to say, in true Attenborough fashion, we’re on track for another certified banger.

Life in Colour has been produced by Humble Bee Films and SeeLight Pictures in association with the BBC. Each of the three episodes will be approximately 50 minutes long:

Life In Colour will be available to stream from April 22nd (Earth Day) via Netflix – watch the first trailer above.