Oliver Tank Talks His Upcoming Album & The Impact Of Music 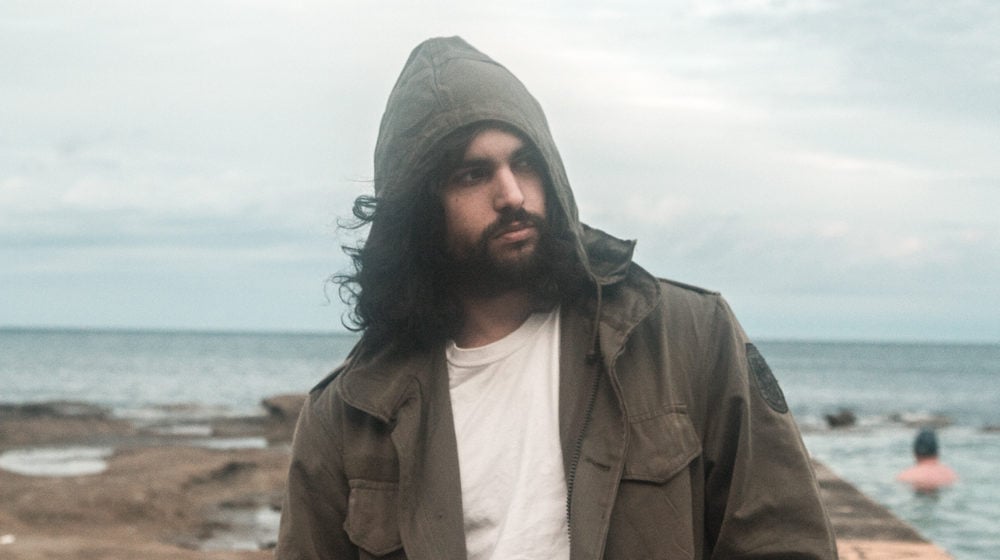 After a lengthy sabbatical, Oliver Tank returns with a new album set to release on the 21st of April, as well as a national tour throughout the entirety of May. We sat down with the indietronica star-child to examine the subconscious, personal narratives in music, and grinding it out to the other side.

How people can possibly conceive musical compositions will always baffle me because my mind will never work that way. So I guess my question is, how do you come up with such dreamlike soundscapes that borders on the surreal?

I like to write really pretty melodies. I usually start by making loops I really like. And if I can listen to it over and over again, that usually means I’m happy with it. I use a lot of… sort of dreamy sounds, paddy synths, and soft drums. And just make nice melodies… yeah, I don’t know man [laughs .]. It’s just kind of… you experiment each time, really work hard to make some unusual sounds come together. I like to mix electronic-y sorts of sounds with more natural acoustic sounds, piano and stuff, so… I feel like if you can get a good mix of more electronic sounds with more acoustics sounds, they can come together really well… it’s always different. I don’t really have the same thing I do every time… just running audio or vocals through a delay pedal or some reverb, warping it while it’s going through, then I put chords behind that, see how it sounds. Just a lot of experimentation.

Freud said, “Nothing that is mentally our own can ever be lost.”, and by extension, taken. Would you say that music is how you take ownership and dominion of what is mentally yours?

I definitely feel it’s a way I can express myself. And I don’t really know any other way to do it. And it really relaxes me, makes me feel… peaceful. I can always turn to music, I think. In that sense, I feel like it’s of special importance to me, and I don’t really know anything else that does that for people… even with listening to other people’s music, it’s such a power medium… it just has a real effect on me, and that’s what I’m trying to do. I’m trying to have that same effect on other people. Music is so special it can help people through a tough time… that’s the most rewarding thing, I think.

Is there a specific place where you draw upon the emotion behind each song?

A lot of my music is just about the things that I’m going through. And I think that’s what makes it so personal, and that’s why I can put so much into it, because I’ve lived it… I guess when I was really struggling making music, not like I was good enough, it was easier to write about… living through it. It kind of goes back to music always being there for me, even when I was feeling really down about life, it was there, and I could express myself through it… it gave everything I did so much more meaning… people can tell when you really care. Originally when I first started making music, I wanted to make bangers and… not pop songs but stuff people could just party to. And I felt like I was trying to force it. Then it came out all super chill and dreamy, and I was like, “I should just stop fighting it… I should just be myself…” I can have a crack at that other stuff and put my own spin on it… I just embraced how I was feeling and what was coming out instead of fighting it and being an artist that I’m not.

You’ve got a new album coming out on the 21st of this month. Tell us a little about that?

Well, it’s been a long time coming. It’s going to be a big release. I’ve just been working on it for years. And it just never felt good enough, never felt finished. And I was starting to get really down about it. I just felt like it was never going to be done. It just become this burden, instead of something I wanted to do for fun… I just kept cycling through songs, I probably had fifty songs, and I start them, and I thought they were going to be cool, then I get over it.

So I went through a draft of like ten songs, and was like, “You know what? Just send me away to Melbourne, anywhere but home, with a producer I work with down there… and I’m not coming back until it’s done.” It had started to become not fun… I said, “I’m not enjoying it is the problem.” So yeah, went down to Melbourne, worked with a guy called Jono Spear. A lot of the tracks were fairly close to finished, but I just needed to bounce ideas off someone.

He really helped me take it to a whole other level… down there for two-three months, and I got it done. Kind of a similar feeling to when I finished uni, it was such a relief. Ready to move on. Ten tracks, really personal, same sort of stuff I was talking about before. I just felt really good about it… I’m really excited to get it out. I really believe in the music that’s on there. Already started on a bunch of new stuff… I’m feeling inspired again.

And you’ll also be touring the country for the entirety of next month.

Just excited to tour again because I haven’t done it in a while, and got a lot more songs to play now. I’ll be playing a lot from the new album and some old songs, the classics that everyone seems to love. I’m just excited to get back on the road, and be in front of people again.

Make sure you get Oliver Tank’s new album OT, out April 21st. Check his site for more details and find out about his tour dates below.