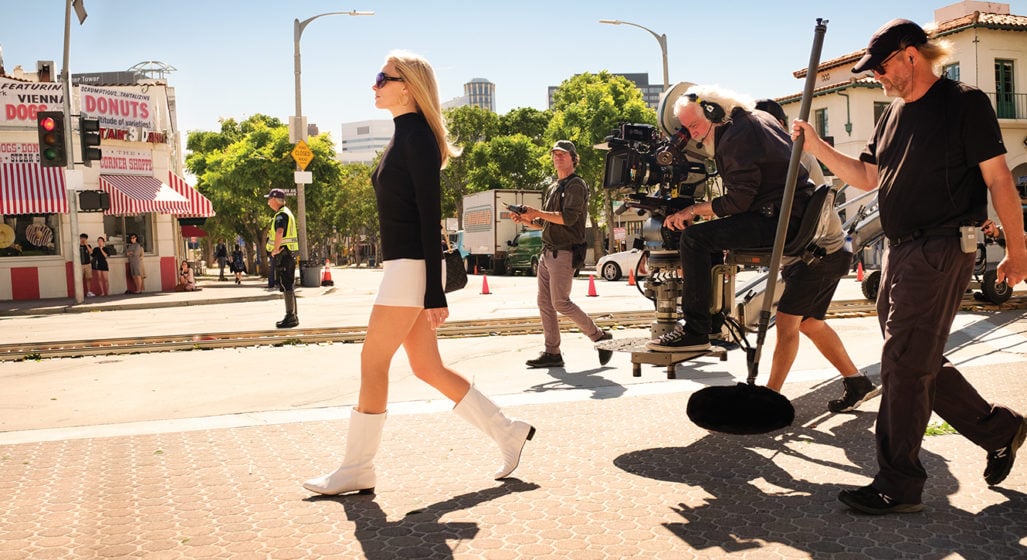 Sick of Once Upon A Time Hollywood yet? Gotten your fill from its three-hour run? Think Ricky Gervais’ Golden Globes dig at old mate DiCaprio was a fair call? Well if you answered in the negative to most of those three questions, then we’ve got a juicy bit of additional content to nourish your Tarantino-hungry souls.

Sony Pictures has just released a Once Upon A Time In Hollywood: A Love Letter To Making Movies behind-the-scenes documentary spanning just shy of half an hour for your viewing pleasure. And to knock down any objections you may have, it’s completely free to stream.

What viewers can expect includes your usual set footage, interviews with Leonardo DiCaprio, Brad Pitt, Margot Robbie, Quentin Tarantino himself, and more, as well as some tasty additional tidbits. Like the very inspiration behind the entire film.

“I was making [Death Proof] and I looked across the set and I see the actor and the stunt guy sitting in the directors’ chairs, talking to each other,” says Tarantino.

“And I thought, “Wow, that’s a really… good, that’s a fascinating relationship… If I ever do a movie about the making of movies, that could be a really unique way inside.”’

Check out the full documentary above.