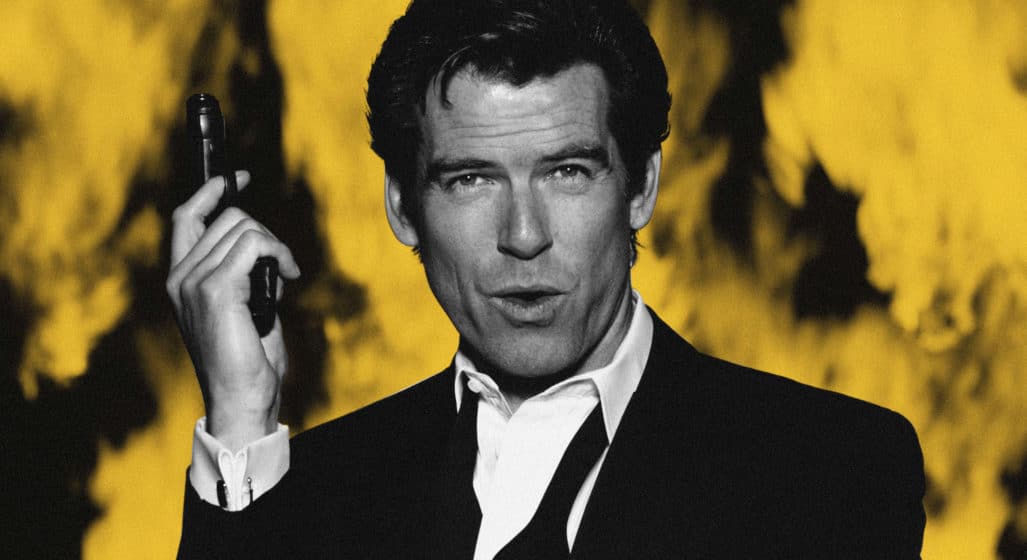 Former 007 vessel, Pierce Brosnan – yes, I know that’s an infinitely weird way of phrasing it – has revealed that he once participated in a proper hearty piss-up with legendary director, Quentin Tarantino. Ordinarily, this wouldn’t be treated as news by any self-respecting publication; that is, if it weren’t for the fact it also happened to be the moment the world almost received a Quentin Tarantino James Bond film.

The period in history was circa 2003-2004, Brosnan describing the memorable event taking place shortly after Kill Bill Vol. 2. Whether he was referring to the production wrapping up or the release is unclear.

“He wanted to meet me, so I went up to Hollywood one day from the beach, and I met him at the Four Seasons,” Brosnan recounted to Esquire during the recent live viewing of Goldeneye.

Eventually, Tarantino did show up. At which point Brosnan described his own state to be, and I quote, “fairly smokered” by the numerous martinis. Tarantino, feeling apologetic about keeping his evening guest waiting, insisted that they both throw back a few more apple martinis. And soon enough, they were both half-to-fully-cut. Or in Brosnan’s own quaint vernacular, “fairly smokered.”

“He was pounding the table, saying, ‘You’re the best James Bond, I want to do James Bond,’ and it was very close quarters in the restaurant and I thought, ‘Please calm down,’… but we don’t tell Quentin Tarantino to calm down.”

“He wanted to do James Bond, and I went back to the shop and told them, but it wasn’t mean to be. No Quentin Tarantino for James Bond.”

Brosnan failed to disclose what exactly a Tarantino-007 vision would entail in precise detail. But one can imagine. Our best guess? Three to four hours rich with of vinyl soundtracks from The Clash (idk), feet shots galore, and maybe a strangely well-thought out conversation – between friendly spies – about Queen Elizabeth II’s sex life. Also Madonna. Probably.

This moment shall, however, be immortalised as the day we almost received a Quentin Tarantino James Bond film. Nothing more, nothing less.

Watch Brosnan’s full interview/discussion over the Goldeneye live viewing below.