We Need To Talk: A Few Thoughts On R U OK Day 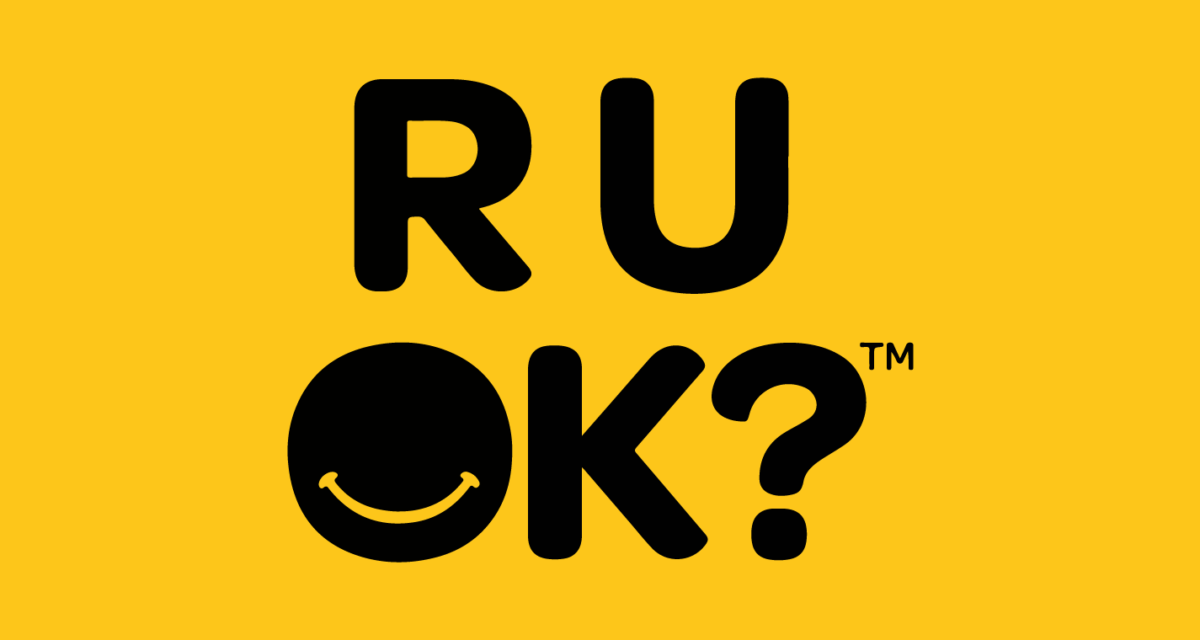 Editor’s Note: Today is R U OK Day. In reality, however, that question should be asked every day. The following article may contain mentions of substance abuse, self-harm, mental illness, and suicide. Remember, there’s always someone who wants to help. Take the first step and reach out here.

When this essay was originally drafted and published over a year ago, I’d lost two friends to depression. Since then, that figure has sadly doubled. As it stands, I now have four less living friends, a father who is still actively suppressing what many have long suspected to be an untreated bipolar disorder, and my own clinical depression which I’ve been grappling with for the better part of a decade.

I apologise for being blunt. This is simply the nature of the situation. I understand there are countless others who have it a hell of a lot worse than me. I understand that what I write might even be gradually escaping the scope of your care. Even now, I’ starting to feel apologetic and somewhat guilty about being an “imposition”, taking up real estate in a stranger’s day. But let’s make a few things clear…

I’m not looking for your pity.

I’m not looking for your adoration.

I’m certainly not looking for any social currency.

All I want – and all I’ve ever wanted – is just a little understanding. Because somewhere out there is another confused and lonely individual going through exactly what I’m about to describe. And if speaking up can make it any easier for even a single person, then it’ll all have been worth it.

I’d like to tell you all about Friend A, Friend B, Friend C, and Friend D. The small details which made them unique. The nuances of their personality. The hopes and dreams that shaped their days, coloured their lives. Through the indiscriminate gaze of a mental illness like depression, however, none of it matters. Any of us could be Friend A, B, C, or D.

Depression doesn’t care about what makes you unique.

Depression doesn’t care about the nuances of your personality.

Depression certainly doesn’t care about your hopes and dreams.

So if it’s that common and widespread, why aren’t we better at speaking to one another about it?

For the longest time, I didn’t quite understand what was going on. Why my motivation and moods were in a constant state of flux with more valleys than peaks. All I knew for sure was that this wasn’t normal. Then came the revelation which would only be confirmed by an official diagnosis from a professional years after the fact: I was lacking some essential architecture.

I hesitate to call it the essential architecture for joy. That would be far too reductive and not entirely accurate. It’s not that I’m incapable of experiencing joy or any other positive emotion. It’s just that whatever baseline frequency neurotypical people operate at – with a healthy balance of these peaks and valleys – my own baseline frequency was noticeably lower. Skewed. Like a chubby kid on carnival day, I get winded after the first 10 metres while others had an easier time regulating for the full hundred. Yet at the same time, I experience other emotions to a greater extent than others. You know… the obvious ones. The best analogy I’ve come across is that life is soup and you’re a fork. Sure, you get some of what you’re trying to scoop up. For the most part, however, it just drips back into the bowl through the space between the prongs.

After half a decade of shuffling my feet, I finally made it into the office of a psychiatrist. We talked through all the top line stuff – Friend A, Friend B, later on, Friend C; what life at home was like; eventually navigating to the real nuts and bolts of my psyche. And I think it was right around Session #6 when I began to question why I never made an effort to undertake what is probably the best decision of my life thus far. That’s when it hit me – I’d only ever been shown firsthand that my mental health mattered, always when the worst-case example occurred. But otherwise, the environment for broaching the rather uncomfortable subject of finding the will to live had always been a fairly limited one.

My old man fled to Australia in the late 80s right after the Tiananmen Square massacre. As dramatic as that may sound, it was a pretty consistent theme throughout his life in the People’s Republic of China. Where do I even begin – there was the Great Leap Forward which led to the Great Chinese Famine, the Cultural Revolution, at some point my grandparents ended up in a “re-education camp”, and life in general just wasn’t easy. With history literally unfolding before you very eyes, seldom taking its foot off the brake, it’s hard to imagine ever making time for your own mental health. These conditions were, of course, beyond his control. They also set a terrible precedent for both him and myself.

Growing up, the likes of depression were viewed as nothing more than an invisible and imaginary spectre. Any mention of it would elicit the exact same reflexive response from dad.

Even in the face of certainty, when mental illness yielded direct consequences, or when one of us had an “episode”, the response never changed. Always gruff, always cursory.

The perfect example of this entire approach was immediately after the passing of Friend A. There was a funeral. I, wanting to attend but only being 16, needed a ride. My father refused to take me. What proceeded was an hour-long lecture on why it would be “terrible” for me to show up at the service. What people would think. How “self-indulgent” it would be. How we ought not to engage with such emotions for fear of bringing ourselves down. Then came the same fucking justification.

I never got to attend that funeral. The following morning, I ditched the first three periods of school so I could pretend I did. I didn’t know how to explain what prevented me in a way that made sense from an outsider’s perspective. To this day, no one outside of a handful of those who did attend really knows the truth. All I have left is a lifetime of regret because I was a coward. Because I didn’t have the stones to contradict.

Despite all that I’ve articulated, admittedly, I wasn’t profoundly better in my own approach until later down the road. This is by no means an attitude unique to fathers who grew up in Communist China. Men as a whole need to do better when it comes to the dialogue of our mental health.

Depressed or not, what I am first and foremost is a stubborn bastard. Which is why I refuse to be pushed back by this bullshit, refuse to see anyone else take any more of a beating for it. As a collective, there are actionable changes we can implement to improve the current landscape for all men dealing with The Big Sad™:

In all my years with this iron-gripped monkey on my back, the most important lesson I’ve come to learn is that your life is yours by right. Don’t let anything else take it away from you and don’t let anything – or anyone – define it on your behalf. You are the sperm that made it to the egg, the living proof of endurance, and the defiant sum of every improbable digit that human beings should not exist. You deserve life. You deserve to enjoy life in all its flavour.

Check on your friends, even the ones who seem to have their shit together – they’re the friends who need it the most. Speak up, no one will think any less of you, and you only stand to gain. And I guess when all is said and done, the one thing we all need to hear is that it’s OK to not be OK. You don’t have to go through this alone.

If you or anyone you know is anxious, depressed, considering self-harm or suicide, there are people who want to help. Reach out here or call Lifeline on 13 11 14. Don’t forget to check on your mates.