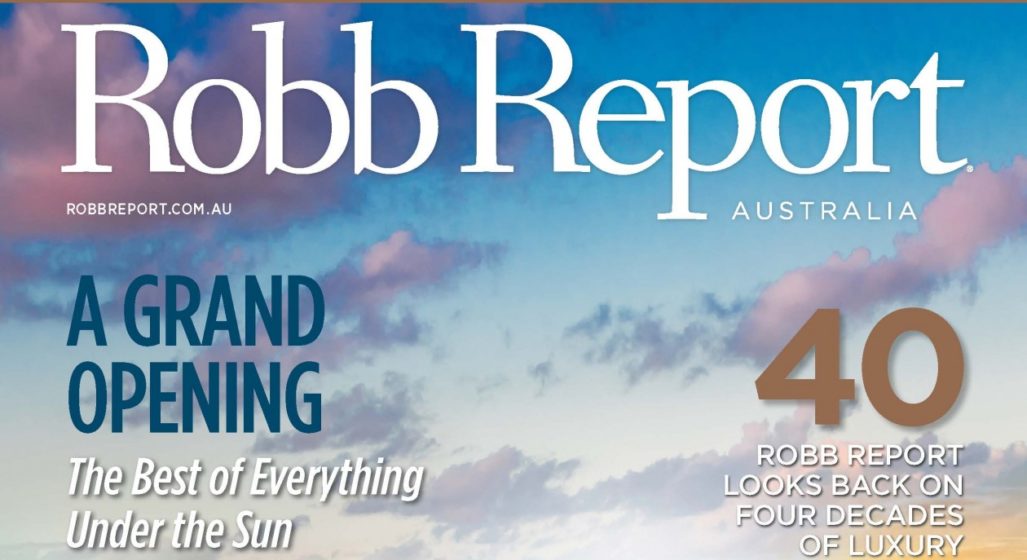 Robb Report launched their first Australian edition this week to coincide with the 40th anniversary of the magazine. Robb Report Australia is now the 17th regional edition edition of the luxury magazine. Since it’s first release in the US, Robb Report has been the ultimate guide to all things luxury including cars, yachts, wines, fashion, jewellery and dining. Now Australia has its very own edition.

Editor in chief Michael Stahl says the first edition will trace will trace the evolution of luxury over the past 40 years of Robb Report. The Report will take you in the into the driver’s seat of Ferraris controversially turbocharged 488 Spider, for that model’s first drive on Australian soil. They will also spend time with chief designer Flavio Manzoni on his first visit to Australia and talk Hollywood with expatriate Australian film director Robert Luketicz.

Initially the Report will release two quarterly editions, turning monthly from the April 2017 issue. An Ipad app is also set for launch in 2017.