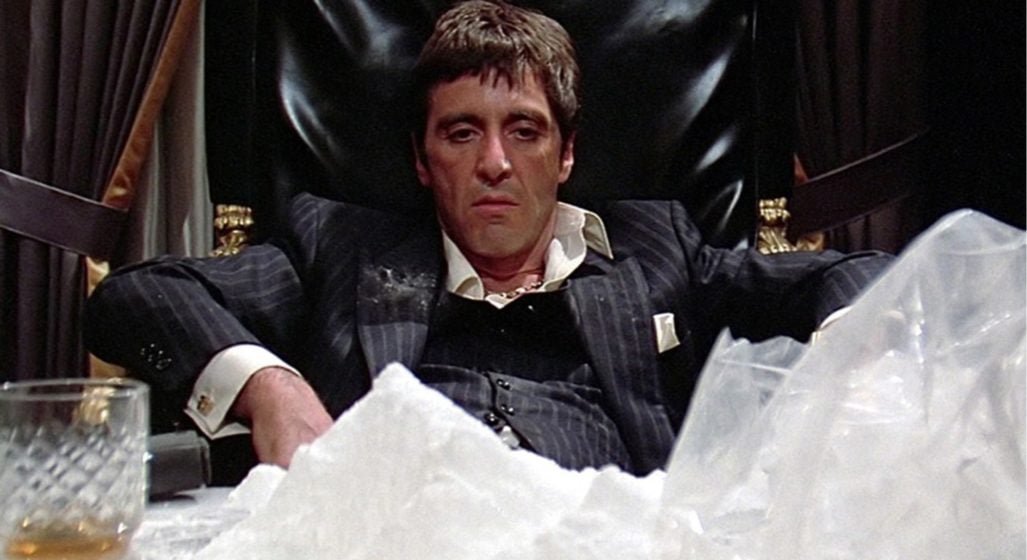 Yes, we let out an audible groan as well. But we’re choosing to remain as optimistic as possible. Hoping the Scarface reboot will fail is like wishing the plane we’re all flying onboard would crash.

Setting aside how we feel about Hollywood once again violating the sanctity of classic films, yes, a Scarface reboot is currently in development. And it has apparently attracted quite the cavalcade of behind-the-scenes talent.

The latest draft of the script has been penned by none other than Joel and Ethan Coen. You may be most familiar with their work in:

Earlier drafts were provided by Gareth Dunnet-Alcocer, Jonathan Herman (Straight Outta Compton) and Paul Attanasio (Donnie Brasco). All in all, this does bode well for the eventual screenplay – for now. Let’s just hope it isn’t a too many chefs in the kitchen type deal come the release date.

Additionally, Luca Guadagnino – celebrated director of Call Me By Your Name – has just been tapped by Universal Pictures to helm this production. So at the very least, we have a competent writing team and a director who actually knows what they’re doing. Not some failed Marvel hack who wants nothing more than to live out a very specific fantasy.

Scarface (1983) – itself being a remake of the original 1932 film – was directed by Brian De Palma and starred Al Pacino. It depicted the tale of a Cuban refugee by the name of Tony Montana (Pacino), who had arrived at the sandy shores of Miami. With a dream of taking the world for his own, he decided to build an entire empire leveraging the very drug that defined 1980s America – cocaine.