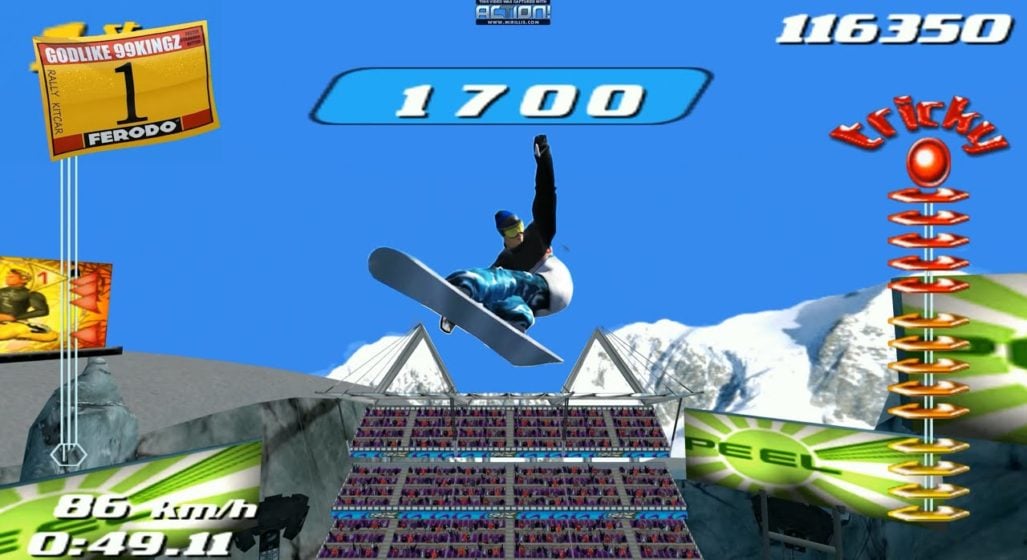 Following suit with the current demand for remastered classics, cult snowboarding video game – SSX Tricky – may soon be revamped for modern consoles. At least according to recent chatter from the creator behind the game, Steven Rechtschaffner.

“Yeah, I think it could work,” says Rechtschaffner.

“Xbox did a good job at re-releasing SSX 3 for Xbox One and it’s beautiful, actually… I easily think they could remaster [SSX] Tricky but there would be a tonne of work to be able to have live head-to-head competition and gameplay – just because the game wasn’t architected that way.”

Similar to Hollywood, reboots, remasters, and remakes seem to be the hot thing right now. Nostalgia, although not always an indication of quality, does generate a decent bit of revenue. And in the realm of gaming, nostalgia has started to garner critical acclaim – with such releases as the Resident Evil 2 Remake being nominated for last year’s Game of the Year at The Game Awards.

“It was never meant to be a snowboard game for snowboarders. It was meant to be a game for a person like me who sees these activities and sees things I’ve never seen before, and thinks ‘That would be so cool to be able to do’.”

While original fans of the release are now in their twenties and thirties, Rechtschaffner himself has had encounters with a new generation of potential fans. A testament to the SSX franchise’s enduring popularity.

“My nieces who are twelve and ten were here with a friend. They came in and about ten minutes later, they’re playing SSX 3. They just picked it up in the middle of a course and ended up having the time of their lives. [Just] snowboarding, trying to get to the bottom of the hill.”

As of yet, nothing has been confirmed. At least not to a degree that warrants waiting by the shelves this very instance. According to Rechtschaffner, it’s in the hands of the key individuals who own the intellectual property.