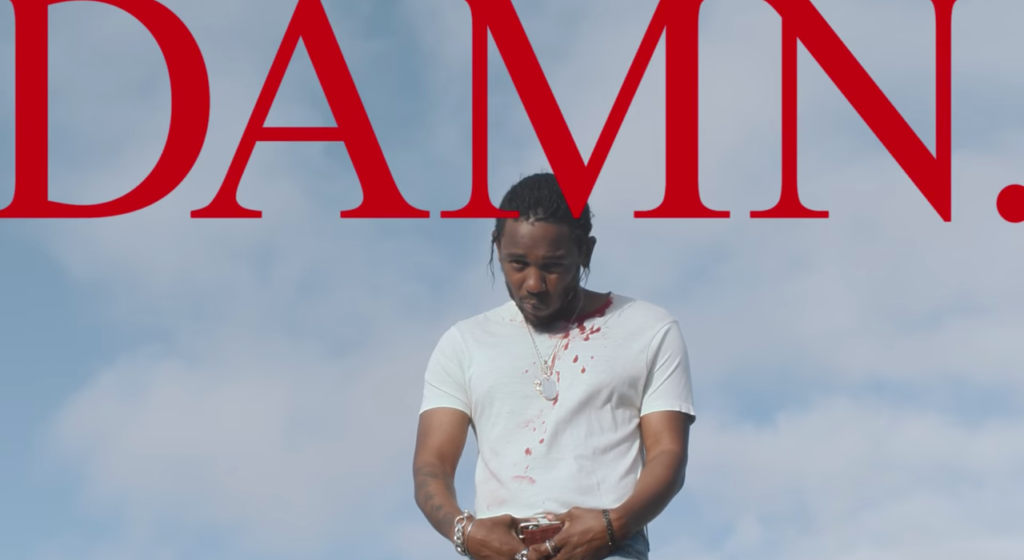 Kendrick Lamar has shared the new music video for his song “ELEMENT”.

Back in March, Kendrick Lamar lit the spark when he released “HUBMLE” and its accompanying video. In April, K-Dot then set the world ablaze with his critically acclaimed, fourth studio album, DAMN. The album went platinum in less than a month, but the fire continued to burn with Lamar rolling out an equally inspired visual for “DNA” (starring Don Cheadle). It would seem that DAMN is just the gift that keeps on giving as we now also have a video for “ELEMENT’.

Directed by Jonas Lindstroem and the Little Homies (Lamar and Top Dawg Entertainment President Dave Free ), the “ELEMENT” video shares some obvious stylistic traits with the “HUMBLE” visual. Kung Fu Kenny loses his cool for a bit and is seen brawling. even requiring the assistance of a pool cue at one stage. However, much like the “HUMBLE” video, this violence is punctuated by contrasting, religiously-themed images. Lamar once again asks us to form our own meaning.

You can check out the video above.