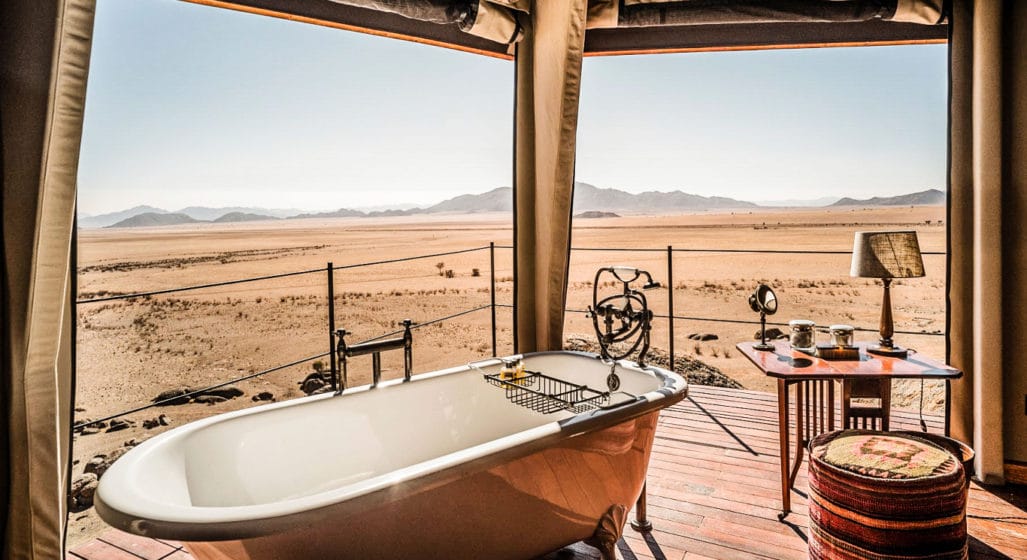 Despite what we can all agree has been a “disruptive” year for tourism across the board (among other things), there’s still some cause for celebration in the world of international accommodation. Here are 24 selected winners from the inaugural Architectural Digest Hotel Awards – honouring the very best in hotel design from new openings this past year.

For its Japanese debut, Ace assembled a veritable dream team, tapping starchitect Kengo Kuma and the AD100 firm Commune Design to help transform what was once a telephone-company office into a temple to local craft.

AD100 star Pierre Yovanovitch picks up where Charlotte Perriand left off, injecting high design into this scenic swath of the French Alps. The hotel’s suites, chalets, spa, and restaurants all put a delightful twist on Alpine style.

Set on andBeyond’s Ngala private game reserve, bordering Kruger National Park, this villa by architect Jack Alexander and Fox Browne Creative is a solar-powered world unto itself, with a roof terrace nearly 40 feet up for surveying the bush.

Built in 1902 as a water-pumping station, this brick beauty—distinguished by its chimney tower— was converted into a two-bedroom guest house by Danish architect David Thulstrup, who added terrazzo floors and a statement steel stair, among other refined touches.

Erected atop a mass of boulders within a desert nature reserve, this tented camp takes inspiration from British expeditions of the 1920s, its luxury accommodations (including an immaculate spa) outfitted with campaign-style furnishings.