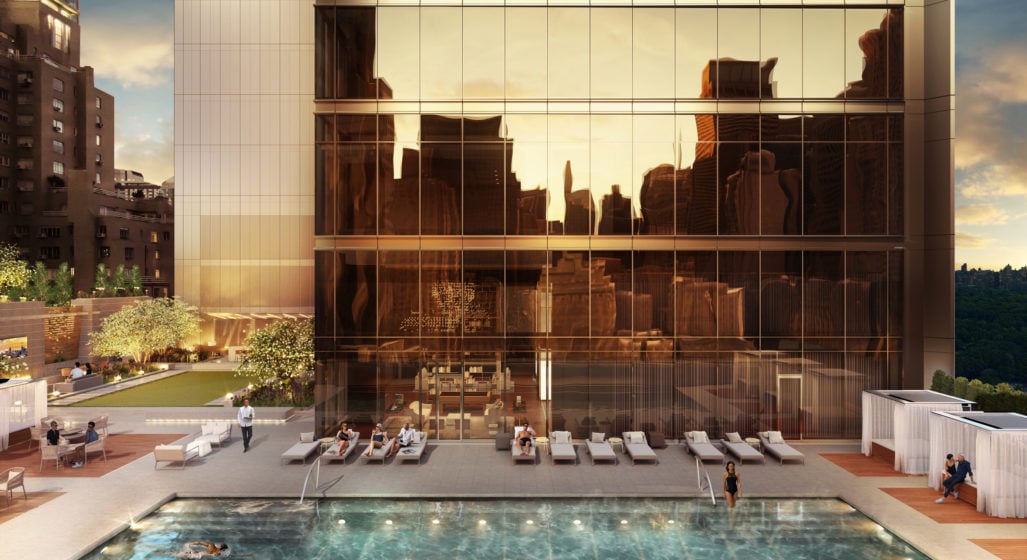 If you ever needed just one more reason to snap an NYC skyline shot for the ‘gram, Architecture firm Adrian + Smith have just delivered with their whopping 1,550-foot creation, Central Park Tower, which has now made history standing as the tallest residential building ever built.

The skyscraper has taken the crown from Rafael Vinoly’s 426-metre address 432 Park Avenue for the world’s tallest residential building, standing at a full height of around 472.4 metres.

Central Park Tower resides at West 57th Street in all its towering glory, boasting a flagship seven-storey Nordstrom store at its base, as well as offering a hotel, but it’s only on the highest levels that you’ll find the luxury apartments. The Central Park Tower will house 179 residences that will start from the 32nd floor, showcasing the utmost luxurious marble and leather furnishings.

For the lucky ones that get to call the tower their home, they’ll also have the option to explore an array of luxury comforts such as a large outdoor area comprising of a swimming pool, sunbeds for days, a cigar bar and both private and public dining areas.

The Central Park Tower has revolutionised construction and development in not only New York, but around the world. An amalgamation of the world’s leading architects, engineers and designers have contributed to the quality and execution of the reflective exteriors comprising of a satin-finished stainless steel surface.

The tower now stands among a multitude of luxury condo buildings that extend along West 57th street, aka ‘The Billionaires Row’. These buildings all measure up between 300-600 metres tall, with the Central Park Tower now reigning as the tallest in the row.

As well as Central Park Tower, Adrian Smith + Gordon Gill Architecture are the creative brains behind the astronomical Kingdom Tower in Saudi Arabia, which is set to reach over 1,000 metres high, knocking Dubai’s Burj Khalifa off its perch as the world’s tallest building.

Photography is courtesy of Noise with renderings from Extell.