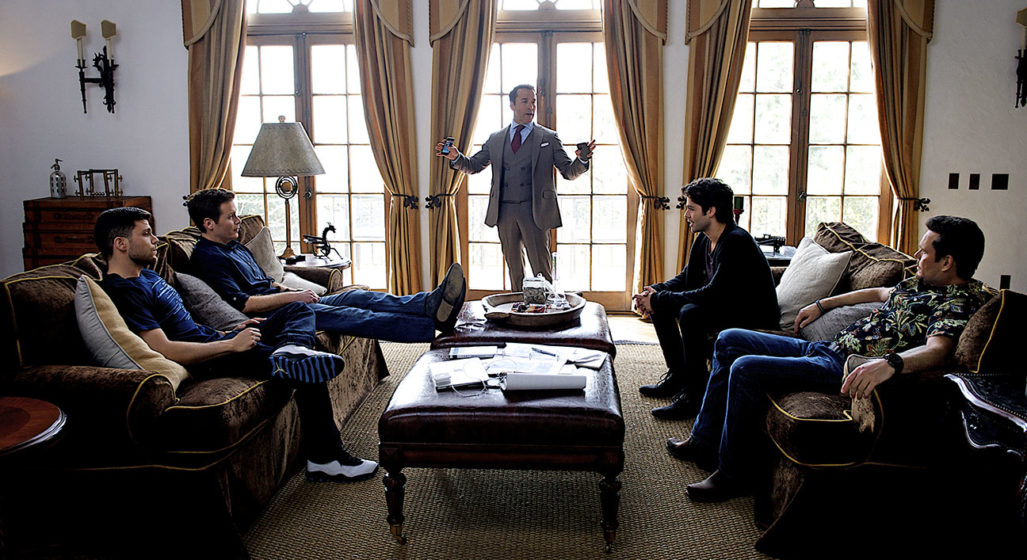 The Tuscan-style Encino mansion from HBO’s Entourage was listed for sale earlier this year. Initially priced at what we can all agree was a moderate US$5.5 million, it was soon sold for a surprisingly reasonable US$5.32 million.

This tastefully understated pad previously belonged to Jonathan Littman – an Emmy award-winning producer involved with such syndicated hits as CSI and The Amazing Race. Littman assumed ownership of the property back in 2011 for just US$4.2 million, and suffice it to say, the producer has now made a tidy little profit.

And yes. Outside, those who choose to reside in this fine bit of architectural design can enjoy the very same fire pit, spa, and pool where Vinny Chase hit rock bottom/grappled with his addiction problem. But hopefully, it’ll be under healthier circumstances for the new owners… as well as any other future owners.

Check out the Entourage mansion for yourself in the gallery below.