LeBron James Snaps Up A US$37 Million Beverly Hills Compound 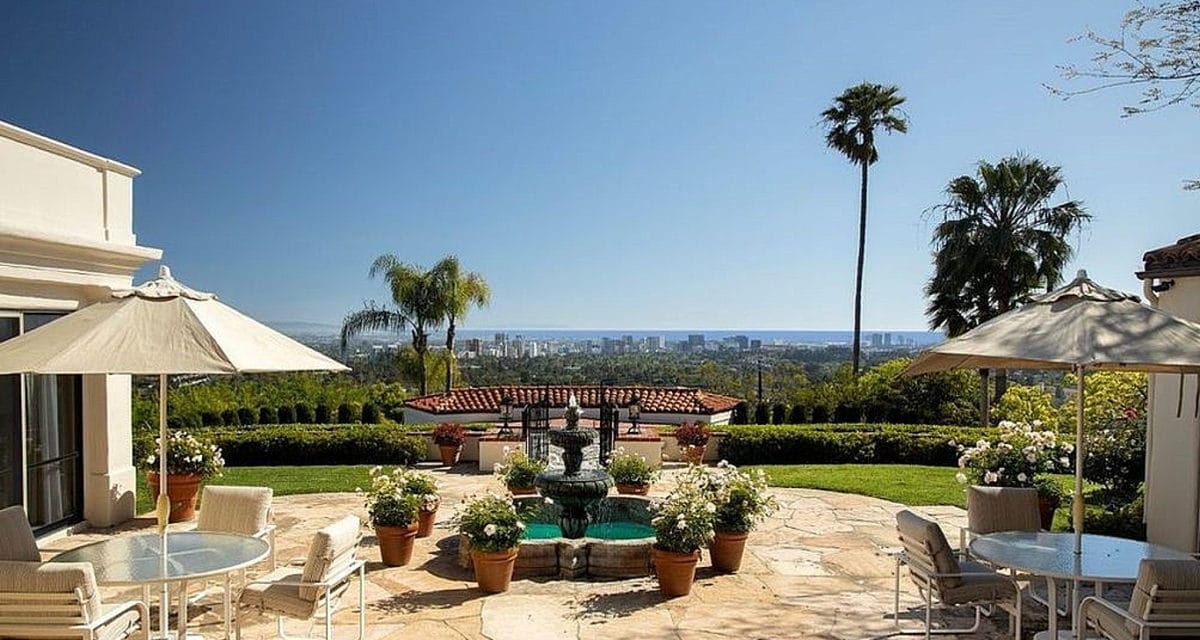 The king himself – LeBron James – has taken some of that hard-earned #hustle money to acquire an impressive Beverly Hills compound for US$36.8 million. Formerly owned by the legendary billionaire Howard Hughes and inhabited by the equally legendary actress (slash Hughes’ one-time lover) Katharine Hepburn, this Mediterranean-inspired villa is practically made for LA royalty. Hence why a man of James’ calibre has decided to move in.

Originally built in the 1930s, this Beverly Hills compound has long been associated with the Hollywood greats beyond Ms Hepburn alone. For years, it belonged to the Oscar-nominated actor Charles Boyer, before being bought by one of the big five studios at the time, RKO Pictures (after Boyer’s RKO contract was terminated). Incidentally, RKO Pictures was owned by Mr Hughes at the time, making him the key proprietor; and although Hughes himself never resided here, he did lease it to Ms Hepburn.

Sometime in 1986, it became the primary residence of “soap opera pioneer”, Lee Phillip Bell and business partner/husband William J. Bell. The Bells are responsible for such televised mainstays as The Young and the Restless and well as The Bold and the Beautiful. According to tax records, the power couple took it off the market for an absolute steal – US$2.9 million, to be exact. Although they did “significantly” restore and upgrade the place, meaning total costs will have surely run north of the initial US$2.9 million price. Oh, also… inflation. The Bells remained at this estate until their respective deaths; William in 1995, Lee this past March. Which brings us up to speed on the whole notable ownership history.

In terms of Beverly Hills compound itself, there are multiple structures spread across 2.5 acres of land. With the entire perimeter secured by countless cameras, and only accessible by apparently one of LA’s largest driveway gates in existence, the interiors are truly a sight to behold. As per Dirt:

The lavish interiors include a sunlight-flooded living room with a vaulted ceiling and exposed ceiling beams, an ethereal dining room set beneath a huge skylight — perfect for gazing up at the heavens while enjoying a chef-catered meal — and a carpeted library with built-in bookcases for real books. The cozy movie theatre includes a fireplace for sophisticated ambience, one of seven in the main mansion.

Elsewhere on the property are two detached guesthouses, multiple alfresco dining and entertaining areas, and a lighted tennis court with viewing pavilion. At the far rear of the complex, soaring views of the entire LA skyline take centre stage as they sweep over Benedict Canyon to the Pacific Ocean and Catalina. The oval swimming pool — a gorgeous remnant of the property’s Golden Hollywood history — adjoins a pool house and is watched over by a giant gold Buddha.

Check out the LeBron James Beverly Hills compound below.