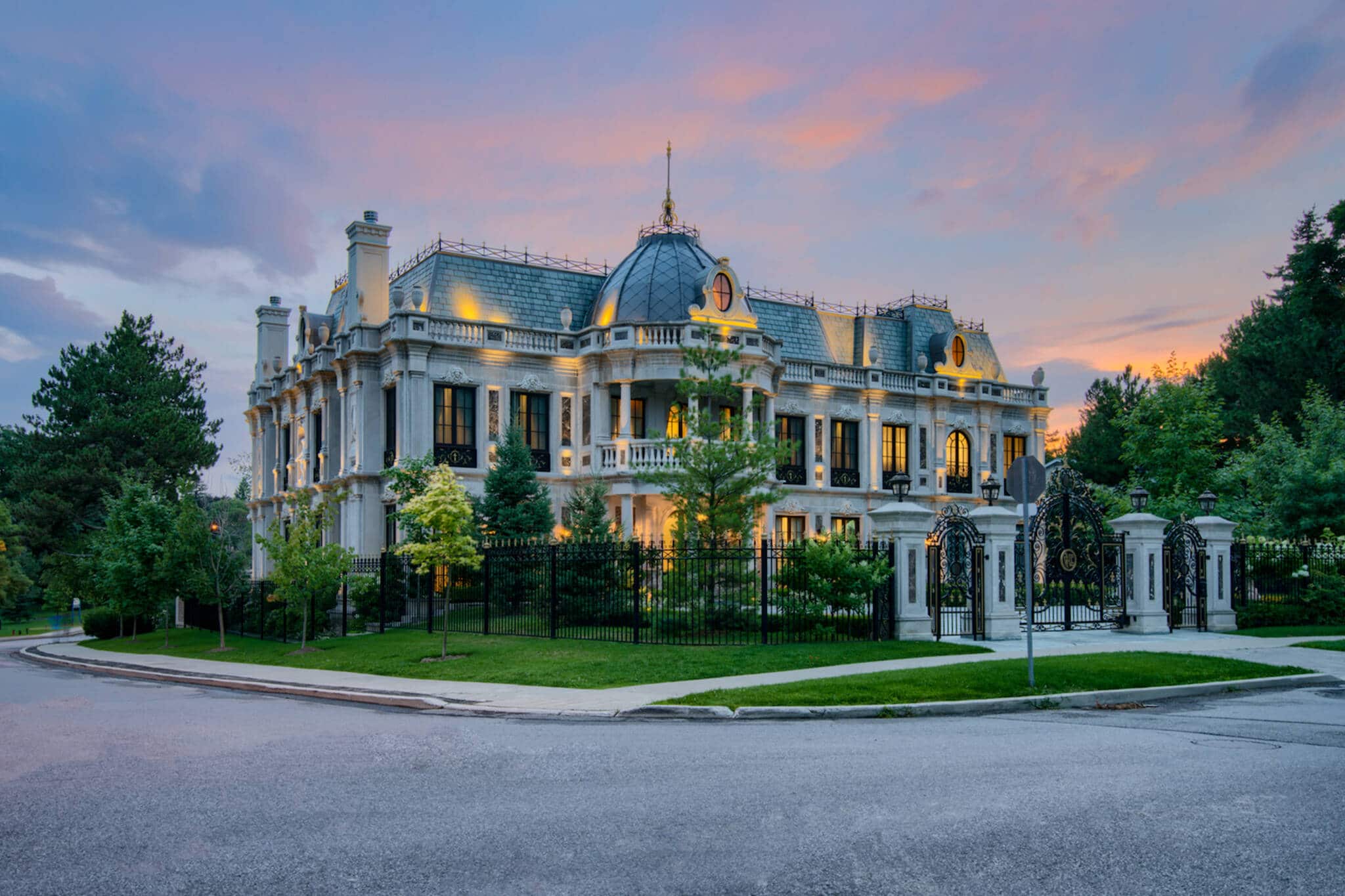 While Emmy-sweeping comedy series Schitt’s Creek spent the majority of its televised run in a far less glamorous setting, the palatial Rose family mansion seized by the government during the pilot episode has now been listed for sale. Given the extravagant nature of the real-life Toronto abode, prospective buyers should be prepared to fork out a tidy sum of $15 million Canadian dollars (roughly the same amount in AUD).

The most notable aspect, however, can be found in the grand foyer. According to Architectural Digest – and as you may have taken notice of in the pilot episode – this foyer features “arched ceiling covered in Sistine Chapel–inspired frescoes”, as well as a “grand marble staircase leading up to second-floor walkways”, which is completed with “ornately framed artworks” and “gleaming marble balustrades”.

La Belle Maison has previously been listed a handful of time with numerous price changes but no apparent buyers – likely due to the hefty asking price and new taxes imposed upon international buyers. In 2019, it was looking to sell for $19.9 million. Last year, it was reduced to $16.9 million.

“This property is a French Chateau-style limestone mega mansion [that] was built to resemble Versailles,” says Sam Mehrbod, CEO of Roomvu.com.

“The initial price tag was $21.8 million and while it is a rare gem, these type of properties are very difficult to sell.”

Check out the Schitt’s Creek mansion located at 30 Fifeshire Road, Toronto below.

Stella Nova: The $75 Million Bel Air Estate In A League Of Its Own