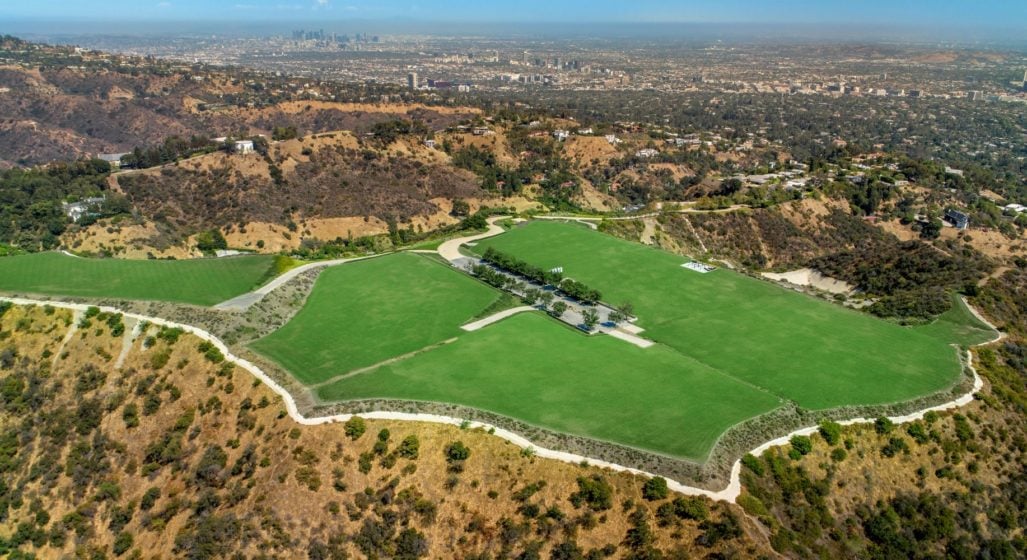 That wasn’t a typo, you read that headline correctly. Known as ‘The Mountain,’ this 157-acre property found smack bang in the centre of the 90210 postcode and perched atop some of the highest land in the city of Los Angeles has been listed for $1 billion USD ($1.35 billion AUD).

The land, which currently plays host to only some grass, a massive private road and about 500 trees, is big enough to fit a 1.5-million-square-foot compound. The entrance to the Beverly Hills property features a 5 metre-high stone gate that separates the real estate from the outside world. If that wasn’t private enough, the nearest neighbour is more than half a mile away.

From the top one can witness all-encompassing views of Downtown Los Angeles, Santa Monica and Catalina Island according to CNBC.

The property’s broker, Aaron Kirman, told the news outlet that “This is the only opportunity to own your own mountain that looks down at all of Los Angeles. Our likely buyer is an individual who wants to build his or her own compound.”

Why is nothing already built there, you may be asking yourself?

Well according to The Hollywood Reporter, the property was purchased by the sister of the Shah of Iran in the 1970’s and then sold to Merv Griffin. Herbalife founder Mark Hughes then stepped in and bought it for $8.7 million in 1997, at the time making it the most expensive property sold in America, before his sudden death in 2000. Hughes left it to a trust, however, which tossed it back and forth between dodgy companies only to finally be settled in court and awarded to the current owners who are now attempting to sell it for the staggering figure.

It’s uncertain if the property will actually be lifted by anyone for such a price, especially in a time when LA’s luxury housing market is slowing and foreign buyers are sparse.

In other crazy property news, check out what this Miami Condo owner mounted as a room divider in his oceanfront residence.

Inside The King Of Las Vegas Steve Wynn’s $173.8 Million Mansion