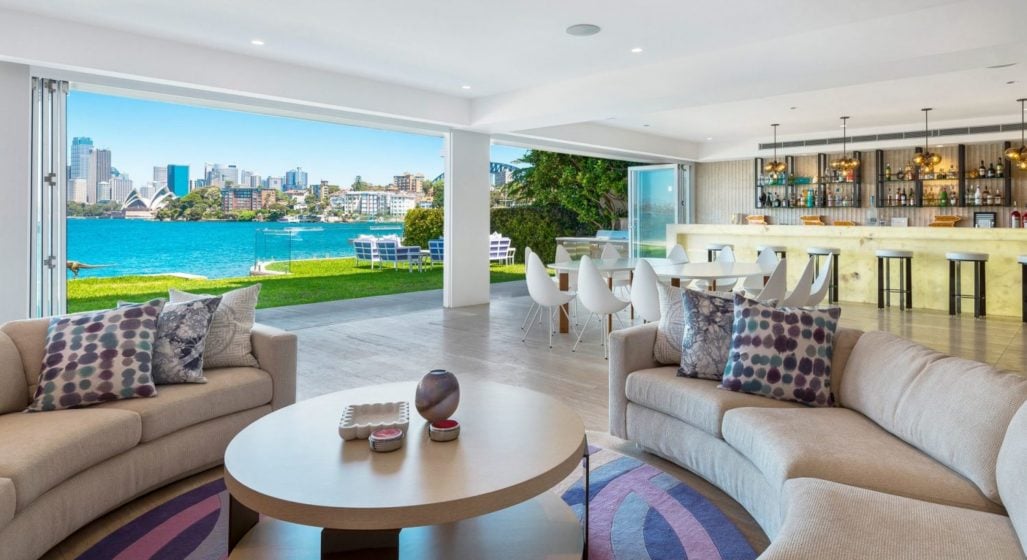 Former Woolworths boss Bill Wavish and his wife Vonnie have listed their Sydney harbourfront mansion for a staggering $35 million, as reported by Domain.

The four-storey residence sits at the end of Neutral Bay’s Kurraba Point making it the most expensive home to hit the market on Sydney’s North Shore.

The property was once two separate homes – adjoining townhouses – of which Wavish owned only one half from his original $12 million purchase in 2007. It wasn’t until 2010 that the Woolies boss acquired the latter half for an additional $8.3 million, for which he commissioned Greg Natale to redesign the interiors under the direction of his wife Vonnie. The California-style home boasts 880-square metres of internal living space accessible via an internal lift.

Do you think $35 million is a tad steep? The current North Shore record is held by Swans chairman Andrew Pridham and his $25 million Mosman home.