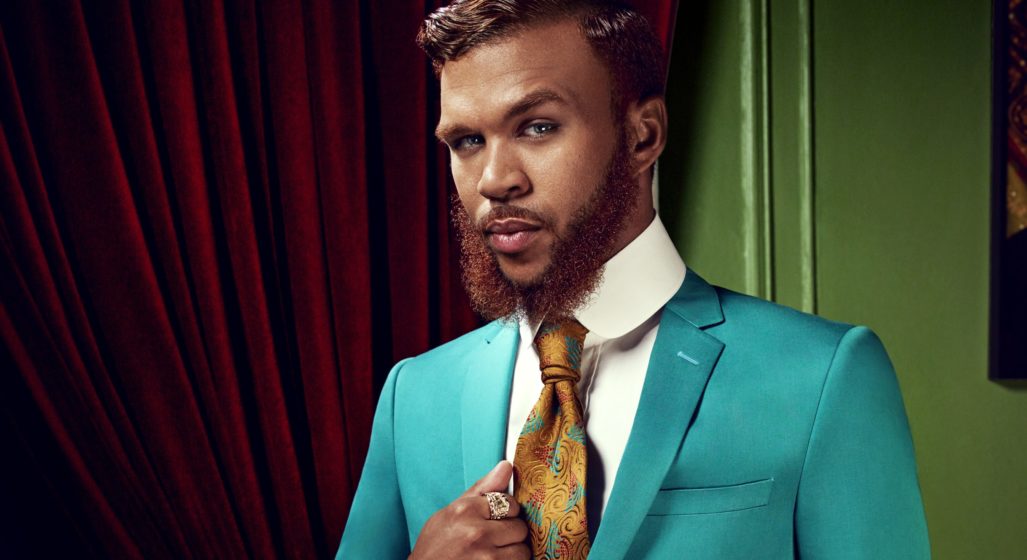 You may know Jidenna for his breakout hit ‘Classic Man’, which landed him on the American charts. But his impeccable style and vigour really make him stand out from what is the sometimes bland hip-hop scene. A man of many talents, we talked to him about balancing out his music, his appearance on Luke Cage and his thoughts on the Australian music scene.

With you being so vocal about worlds news and events, how do you find a balance between putting out a party track versus something with a deeper message?

I turn up a lot, especially in the studio. When I get faded I get political. When I’m really at a party I’m not just partying, I’m talking about what’s going on in my neighbourhood and the world. I always try and express what I’m seeing, whether I’m watching the news or not. It’s a natural thing for me to say everything that’s going on. So if in one day my woman broke up with me and in the same day Donald Trump said something dumb again, I’m going to make a love song with Donald Trump in it. I learnt that from Tupac more than anyone.

I basically party and ponder. There’s no difference between the songs I do turned up and others I do normally. I may slur a couple of words because I was turning up a little hard, but in that slur there may be something that has a more subversive meaning and comments on the state of affairs.

You’re an artist who really tries to promote an African influence in your music. How do you feel about genres like dancehall becoming so prominent in pop music?

I think what’s happening now is not just dancehall, it’s Afrobeats. Specifically it’s West African music, that’s the new thing. African music in general with melodies and rhythms has always been a part of pop music. Now the difference is seeing African artists and the rhythms like in my record ‘A Little Bit More’ , which is actually a Ugandan rhythm, work because dance hall is a reference for Afrobeats. I think it’s lovely. I’ve been waiting for it my whole life and I’m going to continue to promote it. I’ll be damn sure that bridge continues to get built.

Your most recent track ‘A Little Bit More’ features a lot of singing from you. Is that something you’re looking to doing more of in the future?

I was never one thing. I like to think of myself as a well rounded artist. I can do a record like that which is Afrobeats inspired, I can do ‘Long Live the Chief’ which is a hard rap song, I can do a trap song, I can give a speech … doesn’t really matter what I’m doing I’m just trying to use my voice.

We’ve just seen your appearance performing ‘Long Live the Chief’ on the new Nick Cage Netflix show. How did that come together and is acting something you want to branch out into?

I knew Cheo (creator of Luke Cage). He and I went to Stanford. He loved the record and he wrote an episode based off it, which became episode 5.

Regarding acting, I recently had my acting debut in a couple episode of HBO’s Insecure. The show was created by extraordinaire woman Issa Rae, who is also Stanford alumni. I’m going to do anything I can do. You know when your teacher and parents told you could do anything, I actually believed it. I had the audacity of hope to believe I could.

But what I don’t want to do is spread myself so thin that the celebrity overtakes the music. I approach the music the way Marley did, I believe I’m injecting medicine into people. Music changes entire segments of people; it can bring people to war but it can also bring harmony.

What’s the creative process like for you? You are yet to release a LP, how long does it take for an album to come together?

I don’t operate on the same time as everyone else. I live life and believe in quality over quantity. In the first half of this year I’ve made enough product to go either route. It was never the plan to release an album last year but it was the aim for this year. I am taking my time, but it will be right on time. I’m an old soul, so I kind of do things in a traditional way in structuring an album.

With ‘Long Live the Chief’ recently charting on the Australian charts, is it hard to believe that your music can reach all this way?

This is the thing about Australia and New Zealand, the music coming out of there in the last 10 years has been amazing. I feel like it influences us, for example Empire of the Sun. When they had already blow and were pop status over there, here they were just an indie pop band. It made us change our taste when we heard them, we were listening to them as if they were the next guys coming through. So it’s great to see the influence of Australian and New Zealand artist reaching out here and changing our music, then us creating music that reaches back. It’s a conversation and I think it’s beautiful that the world is now that small.