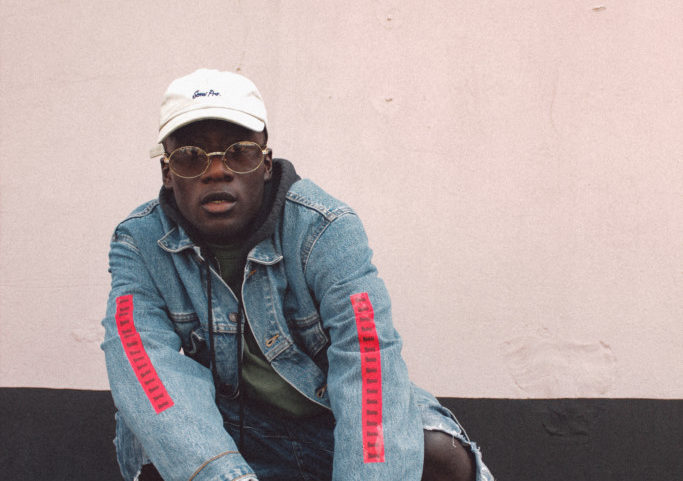 Many consider Manu Crook$ to be the next up in Aussie rap. With the Sydney based rapper recently scoring a million views on YouTube and co-signs from some of the biggest names in the industry, the hype is rightly deserved. His American influenced sound has also caught the attention of Red Bull Australia, who have brought Manu onto their monthly Sound Select showcase. We recently sat down with him to chat about being exposed to the international scene, the state of Australian hip-hop culture and how he goes about releasing music.

You are one of the most recent Australian rappers to hit a million views on YouTube for your song Blowin’ Up. How did it feel to reach that? Was it a milestone for you?

We weren’t expecting it. It was good song but we didn’t know it would hit a milli. Even for the video, when we had finished it we just felt it was “okay”. Then it just started going up and took off which was crazy. We got a bunch of international response off it as well. Fans from Germany and Poland were hitting me up like “yo man, I love this song” and “when are you coming out here to do a show”. It’s trippy to think about.

Have you always considered the promotional side of things when you release projects? Or has it always just been about the music?

From the very beginning I just did and put out the music. People fucked with it which was cool and we did hit up a few blogs to get stuff out there. When we dropped the audio for Blowin’ Up, I got an email from Beats 1, which is hosted by Zane Lowe, and his guy was like “we really fuck with this song”. They sent me a form to get it on air, which I didn’t even sign, and then he played it. From there we kept in touch and he’s helped us to get on a bunch of international blogs.

After all that exposure. is heading over to the US a goal for you?

The States do make sense right now, just because of the sound, but I really want to get it in Europe. I kind of want to stay away from the States for a bit, build myself up elsewhere. I feel like they appreciate the music so much more. In the States, there’s a lot of people that do what I do. It’s selling something over there that’s already so plentiful.

Did you have any idols from over there that inspired you to get into music?

Back in the day I used to listen to a lot of rap music but I was never like “this person’s my favourite rapper”. That changed when J Cole came out, he became my favourite guy. The fact that he produced as well made me really get into it, I wanted to produce and do what he’s doing. He’s real dope.

Does that versatility with producing give you an advantage over others?

You’re definitely more in control. I love being in control and I hate having to rely on other producers. I started rapping before I ever did any producing and I hated waiting in the studio for beats. So, I took a break and learnt how to produce. In this day and age, it’s super easy to do all that yourself.

With you being so involved in the creation process, do you ever have doubt when you put out music?

All the fucking time, even now. For everything I do, I never really show music. I’ll be in the studio playing tracks real low, my mates will hear stuff and tell me to turn it up. I’m always like “na” but then they force me to get it up. When I release stuff, I just put the song out and don’t really look at the comments and the numbers. That way, the first time you get to hear it outside of the studio is when you perform it live, which makes it epic.

Red Bull are hosting their Sound Select show in Parramatta, Sydney. How does it feel to be involved with them?

I’m originally from the West of Sydney and it’s real dope their hosting a gig in Parramatta. I don’t think they’ve ever done that, it’s usually always near the city. Having them behind me definitely feels good, I mean what more can you ask for. People hustle for this.

Do you feel all levels of hip-hop culture in Australia are important to you?

With me I feel like everything has to go together. The fashion, the music, basically the whole vibe just has to go together. We’re like a baby culture here, we’re still growing. More and more people are finding out about myself and other people coming up.

Is it all about working together to bring Australian rap to the world?

Yeah 100%. Like in my studio set up, which I share with another artist B Wise, it’s quite open. It means you can kind of hear what other people are making whilst your working. It inspires you when you hear dope shit through that and want to make something better. I think the culture benefits from a bit of friendly competition. It makes you do better and in terms of Australia, it has allowed Sydney to get the flame.

Red Bull Sound Select is a live music artist development program, designed to support and uncover local artists through a series of monthly live shows. The April show featuring Manu Crook$, B Wise and Tapz is being held at The Albion Hotel in Parramatta tonight (the 28th of April) and is $3 via RSVP. 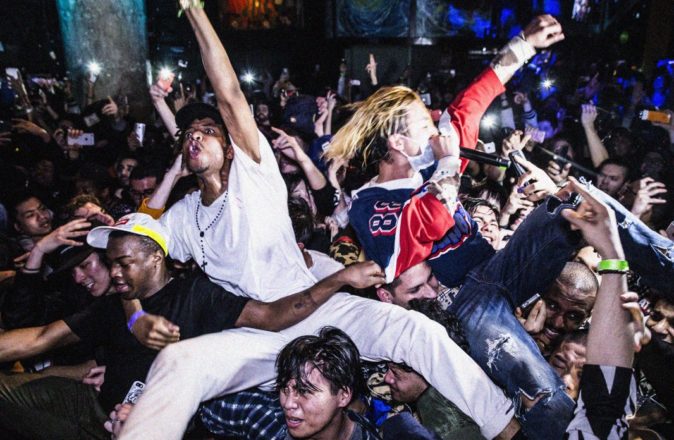