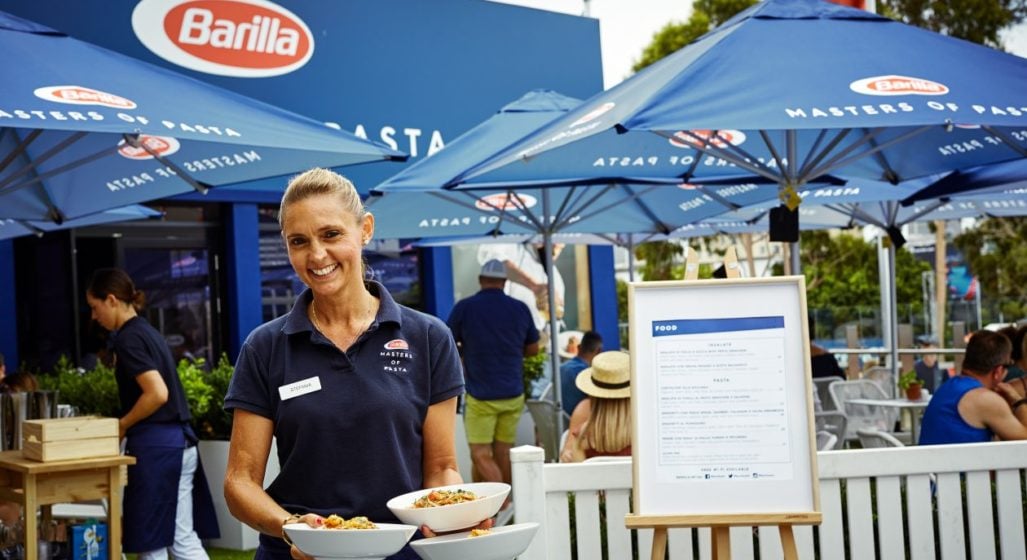 We’re now just over halfway through the Australian Open, and while the tennis is always incredible, in past years the food offering has been a little sub-par. This year, however, tournament organisers have brought in the big guns to help feed the masses at the Australian Open. Here’s our pick of the four best Australian Open eating options for those of you heading to Melbourne Park at the pointy end of the event.

The world’s biggest pasta maker isn’t the world’s biggest pasta maker for no reason, so when they put on an Italian feast, it’s time to make a napkin bib and get some pasta into you. Continuing their relationship with the Australian Open, Barilla along with Executive Chef Andrea Tranchero have put together a varied Italian menu with a focus on Italian pasta specials like penne rigate and spaghetti marinara. Pair this alongside a range of antipasti and Italian wines, and you’ve got a solid dining proposition.

The Rockpool name speaks for itself, and if you’re after a decadent bistro meal in between matches, look no further. Expect signature Rockpool entrees like grilled asparagus with spanner crab and herb butter ($38), and heirloom tomato salad with fresh goat’s curd ($29). Mains include Cape Grim minute steak with Café de Paris butter ($42) and Yellowfin tuna with salmorigilio, shaved fennel and lemon ($52).

Walk-in tables are available, but if Rockpool sounds like your cup of tea, you can book in advance as well.

Like Rockpool, Burger Project is another of superchef Neil Perry’s creations – and churns out some of the most consistently delectable gourmet burgers going around. Keeping it simple AF, the Burger Project team have just three options on the Australian Open menu, all priced at a very reasonable $17 (about the same as a bucket of chips at the MCG). Get your mouth around The Cheeseburger, The American, or The Mushroom.

Wanna keep it even more casual? Look no further than Grand Slam Oval, where a range of culinary vendors are serving up delicious fare. Nibble on a Biggie Smalls kebab, American BBQ from San Atone, or asian fusion at Beijing Betty. Follow that up with a glass of bubbles at Piper-Heidsieck’s Australian Open Champagne Bar and you’re in for a bloody nice afternoon.

For those of you looking for a seriously unique dining experience, the Open has you covered with their Chef Series, in which four chefs cook their signature dishes over three nights each. This year expect culinary wizardry from Simone Zanoni, Alejandro Saravia, Jacques Reymond, and Duncan Welgemoed.