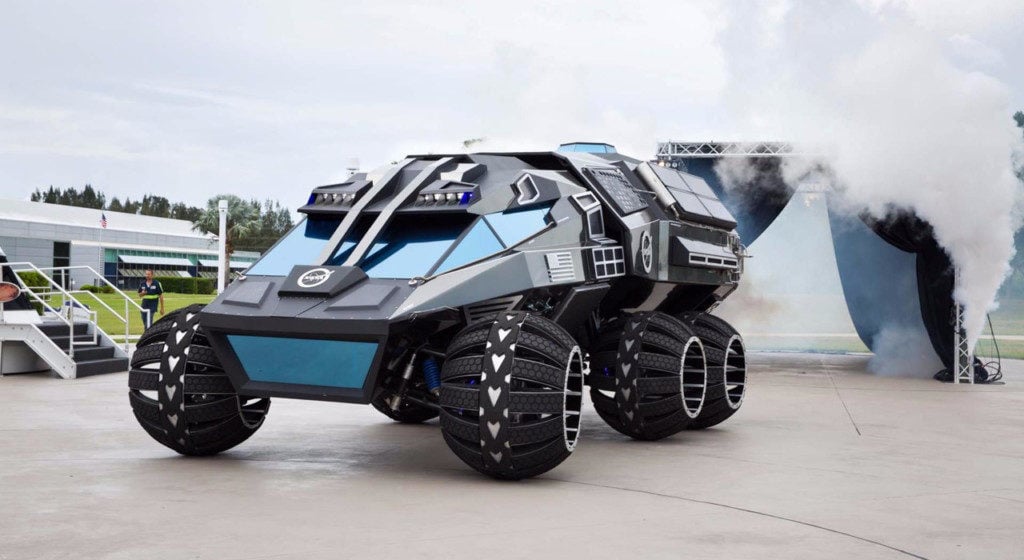 The Kennedy Space Centre have recently revealed their new Mars rover concept vehicle, a form of which will eventually take humans across the red planet.

The vehicle stretches a massive 8.5 metres in length, 4 metres wide and 3.5 metres tall. It was designed and built in only five months by Parker Brothers Concepts in Port Canaveral, Florida, a Hollywood prop making duo that have worked on films such as ‘Tron.’

The extra-terrestrial machine houses a laboratory at the rear of the vehicle to maximise on-the-go exploration, and the four seats at the front are similar to driving an SUV. Both the front and rear halves can actually disconnect and individually operate in their own functions. It’s powered by an electric motor and charged by solar panels and a 700 volt battery.

The concept is scheduled to make a trip up and down the east coast of the U.S. this summer, promoting NASA’s ‘Summer of Mars’ awareness campaign, designed to reignite an interest in Martian exploration with the younger generation.

The next real mars rover is set to be launched in 2020, and was unveiled earlier this week in a less Hollywood fashion.