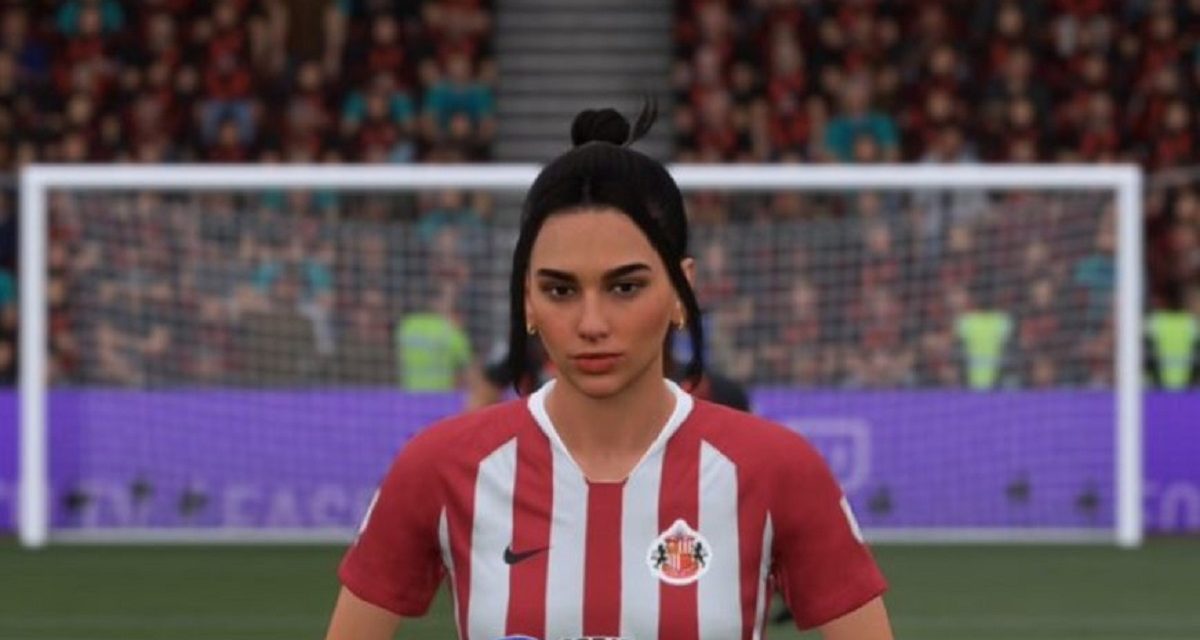 In today’s edition of headlines we didn’t think we’d be writing, Dua Lipa is being added as a playable character to FIFA 21. And while that may not seem like a logical fit, it makes sense once you consider the chart-topping singer’s longtime relationship with soccer – having performed at the opening ceremony of the UEFA Champions League Final a few years prior, as well as being a featured artist on the game’s official soundtrack.

EA Sports have confirmed the celebrity addition is just one of numerous famous faces making their way into the game for the refined VOLTA League mode. Much like Season Mode, VOLTA – introduced in FIFA 20 – is a mix-up that allows players to take their soccer matches to street-style setups around the globe, moving away from the big stadiums to various settings based in the likes of Dubai, Tokyo, Sydney, Cape Town, Berlin, and Los Angeles from warehouses to parking lots.

The Dua Lipa FIFA face-scan, leaked prior to the announcement by overeager fans data mining the competitive soccer title, is joined by other new additions like F1 stars Lewis Hamilton and Daniel Ricciardo, NBA forward Joel Embiid, and even DJ Snake. Perhaps the biggest new name is David Beckham, added to the VOLTA League with three different versions – 87-rated, 89-rated, and 92-rated.

Fans on social media have pointed out that the new additions, in particular Dua Lipa, look noticeably better and more detailed than the actual players in the game. Which I guess is due to the next-gen version of FIFA 21 which launches on both PS5 and Xbox Series X|S in early December. As for PC players, the enhanced edition will arrive at some point next year.

Players who own the current-gen version of FIFA 21 are entitled to a free upgrade to the next-gen equivalent – but only have until the unconfirmed launch date of FIFA 22 to claim it.