Watch The First Ever 360-Degree Video Of A Spacewalk 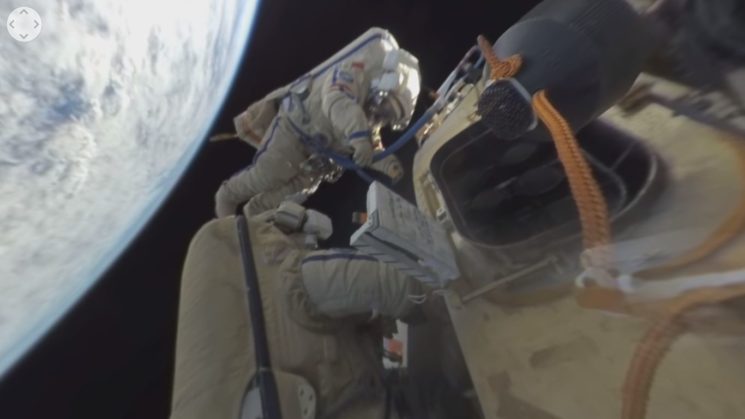 Is the Earth actually round? Can you see the Great Wall of China from the ISS? These are all (somewhat) essential questions that are easily answered by a spacewalk. But since most of us are unlikely to be heading past the stratosphere anytime soon, there’s now an excellent way to see the world from far above without having to leave the ground.

The crew of the ISS recently released the first ever 360 video of a spacewalk to YouTube via news site RT. Russian cosmonauts Sergey Ryazansky and Fyodor Yurchikhin filmed it whilst launching five nano-satellites outside the station in August, capturing around 4 minutes of their 7.5-hour venture.

Check it out above and keep an eye open for some epic moments, with long distance satellite throws (literally) and a nice little view of Earth’s orbit. Also view other awesome space content, including NASA’s asteroid rock stealing plans, here and here.