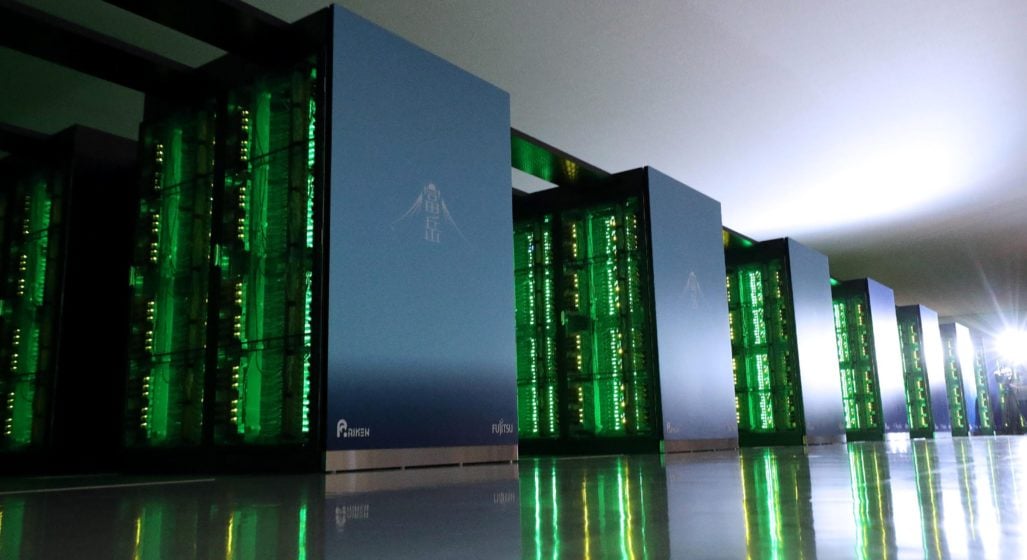 Japanese supercomputer – Fugaku – has just been crowned the world’s fastest via the biannual Top500 speed rankings. Developed in collaboration by Fujitsu and Riken across almost ten years, this certainly isn’t your everyday set-up.

Fugaku is the first system from Japan to attain the Top500 list’s top rank in nine years – the predecessor being Riken’s K computer. Powered by Fujitsu’s 48-core A64FX system-on-chip and the result of 415.5 petaflops, it’s a staggering 2.8 times faster than the nearest competition – IBM’s Summit.

The latest rankings have also reflected a steady growth in overall performance and power efficiency. With the aggregate list performance now sitting at 2.23 exaflops, this represents a 1.65 exaflop increase from just six months prior. But you didn’t need me to tell you that technology is progressing at scary, breakneck speeds.

So how exactly will Fugaku be used? Reports are indicating it’s currently logging some considerable hours towards the research of COVID-19 – “… including diagnostics, simulating the spread of SARS-CoV-2 virus, and the effectiveness of Japan’s new contact tracing app…”. Safe to say, we’re in very capable – albeit strictly metaphorical – hands.

Find out more about the Top500 rankings over at top500.org.