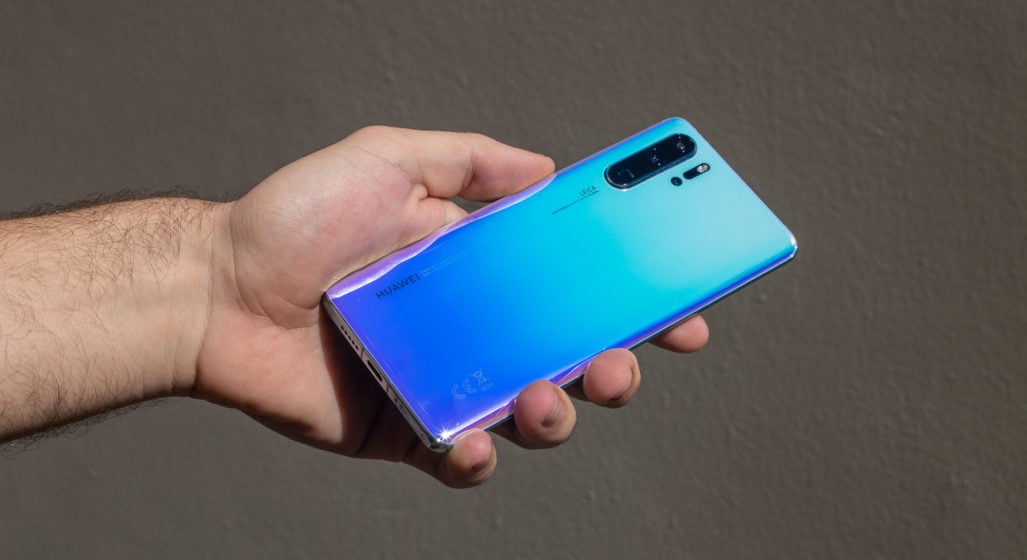 We had some big things to say about the launch of the P20 Pro last year and its leap forward for the Huawei brand. So when I received the invite to review the Huawei P30 Pro in Paris this time around I was curious about how it could be topped, and whether it would truly emerge as a mainstay in the Australian market.

Again the focus for the P series is on the camera and battery, with an upgrade for both in this iteration. What’s changed even further is how accessible the product and its features are. It’s safe to say Huawei has positioned the Huawei P30 Pro as a device that has mass appeal up there with the flagship phones from Samsung and Apple – anyone can pick up this device easily and realise its potential in the photography/performance space. But is it enough to encourage a change over?

Before we get into the review itself, let’s run through some key stats. With the P30 Pro you’re getting a fairly large device with a lot of screen real estate, 6.47” to be exact –  meaning it’s marginally smaller than the iPhone XS Max at 6.5” but still certainly what I’d call sizeable. Paired with a curved display, it’s in line with similar products from Samsung. It also includes a snappy on-screen fingerprint scanner and an acoustic display system which positions the speaker for calls behind the screen rather than at the top of the phone. This especially helps when you consider the improved waterproofing, with barely any gaps for leakages within the body.

Moving onto the camera, Huawei have continued their partnership with Leica to co-engineer the P series, resulting in the unique Quad Camera setup. At 40mp with a 10x hybrid zoom and the unique SuperSpectrum Sensor, it really steps out from the flagship crowd.

In terms of performance, Huawei chose to pair their battery with AI technology to supposedly step up efficiency levels by 49% on built-in apps, and allow fast charge capability of 70% in 30 minutes. Along with some unique colours and packaged within a slim design, on paper the device is something to marvel at. But after testing it for a week in hand in Paris and another two at home in Sydney before it’s the official launch, there are a few notes worth mentioning.

First things first, the camera definitely lives up to the hype. We’ve already praised the work on the night mode system and its capability, but Huawei’s also stepped up the accessibility levels by having a bunch of preset modes at your fingertips. Beyond the usual Portrait, you have access to Aperture, Wide Angle, Underwater, Light Painting and more from within the camera system. These all work brilliantly, and whilst they tap into features that may not necessarily be revolutionary, it is refreshing to be able to easily access each option without diving into Pro mode.

The photos, in general, are also noticeably sharper than other devices, with a vibrancy boosted by the Leica powered sensor. Zoom features hold up admirably and I can easily say it’s the first time I’ve felt a step forward in that aspect of smartphone cameras. Hitting the 10x hybrid zoom (which brings together optical and digital) is the sweet spot, with everything getting a bit ridiculous when you head all the way up to 50x digital. But for a smartphone, it holds up. Optical Image Stabilisation (OIS) paired with AI adjustment helps to really tie everything together, with video in particular getting a decent bump in smoothness when in hand.

Moving on to the battery, the second major selling point, the Huawei P30 Pro shines. Beyond the new phone aspect of it, Huawei’s system helps to optimise and control how your battery is being used. I’ve been managing to get through a full workday without worry and it’s a welcome change from my desperate run for a charger. The fast charge system also works brilliantly, hitting the 70% at 30-minute mark decently over a couple of tests. Paired with the shared wireless charging capability brought over from the Mate20 late last year, it’s an enviable offering for anyone sick of the usual battery anxiety.

I must also commend Huawei on the OLED screen, both in their fingerprint scanner build and quality of image. Anything displayed on it looks super crisp, and the extra screen space provided from moving the speaker is refreshing (I’ll touch on the quality of this later).

Now whilst I genuinely believe that the Huawei P30 Pro is the phone that will make Huawei a household name, there are a few downsides and nitpicks to note. The first aspect is that the AI battery control can sometimes be a bit too aggressive. At some points I wasn’t receiving notifications from my key apps due to control happening behind the scenes, forcing me to manually go in and change the settings.

The design of the device is another slight downside. Whilst slick and easy to handle, the P30 Pro is cased with a glass back that attracts smudges like no tomorrow, so getting a case (or using the one included) is essential. The hidden phone speaker behind the camera is also a bit hit and miss, with conversations sometimes hard to hear whilst out in the streets. This might be due to how I handle my calls, but honestly – the speaker style will take some getting used to. My main gripe is the lack of choice in the colour options offered to Australian consumers compared to the global market. It was an odd choice for Huawei to forgo basic options in favour of blue Breathing Crystal and Aurora. For a brand looking at being so design aware to only provide limited choice for consumers doesn’t make sense.

On the camera side, as I said everything is pushing the limits… except for some minor aspects of video, mainly in the stabilisation. Whilst Huawei does have extensive stabilisation for photos, it seems this capability isn’t translated for the video component. In their launch presentation, the P30 Pro was a camera that was shown to be used whilst going over a ski jump, filming the scene along the way in an ultra smooth manner. But scootering around the streets of Paris with the phone mounted onto the handlebars shows its flaws in not being able to handle mid-sized bumps, the result being an extremely glitchy video replay.

All these nitpicks aside, the overarching theme weighing the P30 Pro down is that beyond the camera features, Huawei can’t strongly differentiate itself in the market. If you’re obsessive over your phone’s photography – then yes this is the device for you. But beyond that it doesn’t feel enough to evoke change across the masses, it simply positions their offering as something for photographers/enthusiasts. The camera is what they’ll become a household name for, but will it be too isolating for those who simply want a new phone?