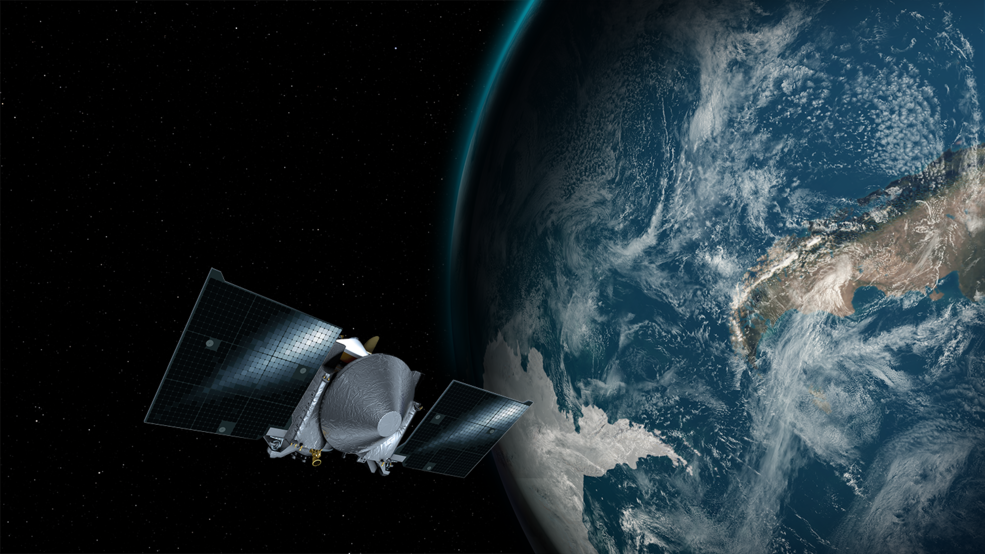 The human thirst for knowledge and the ever-burning question of what’s out there has been a consistent driving force for our space exploration history. Let’s not even start on the Russia – United States space race. NASA’s biggest feats include successfully launching Explorer 1, the first US Satellite in 1958; creating the greatest view of space with the Hubble Telescope; putting a man on the moon; and recently landing a spacecraft on a comet.

Now, the brains at NASA Headquarters in Washington D.C. have a new toy set to deploy, complete with an unbelievable heist mission to pull off. The OSIRIS-REx mission is about to attempt to collect rock matter from an asteroid by hitching a ride on a rock that’s actually traveling toward us. Launched on September 8, 2016, the high-tech probe will catch a boost from Earth’s gravitational pull later this week, slingshotting itself around Earth and sending itself on course for a nearby asteroid named “101955 Bennu”. The spacecraft, which is about the size of a modern van, will then fly towards the asteroid for another year or so before eventually inserting itself in the large rock’s orbit.

Once on the ground, the probe will study Bennu for a few years, learning as much about the rock as possible before grabbing a sample of material and heading back to its parents and mates back here on Earth. NASA publicly acknowledges the plethora of things that can wrong: “The asteroid’s small size and low gravity makes OSIRIS-REx the most challenging mission that I have worked on,” said Peter Antreasian, the navigation team chief from KinetX Aerospace. “At roughly 500 meters in diameter, Bennu will be the smallest object that NASA has orbited.”

After traveling almost 600 million miles, OSIRIS-REx will approach Earth at a speed of about 19,000 mph. The spacecraft will fly over Australia before reaching its closest point to Earth over Antarctica, just south of Cape Horn, Chile. If successful, the mission will yield some groundbreaking results in our quest for discovery and give us a peek into the life cycle of the asteroids that frequently visit Earth’s backyard.

Find out more about the mission on NASA’s website. Images courtesy of NASA and NASA’s Goddard Space Flight Center/University of Arizona.