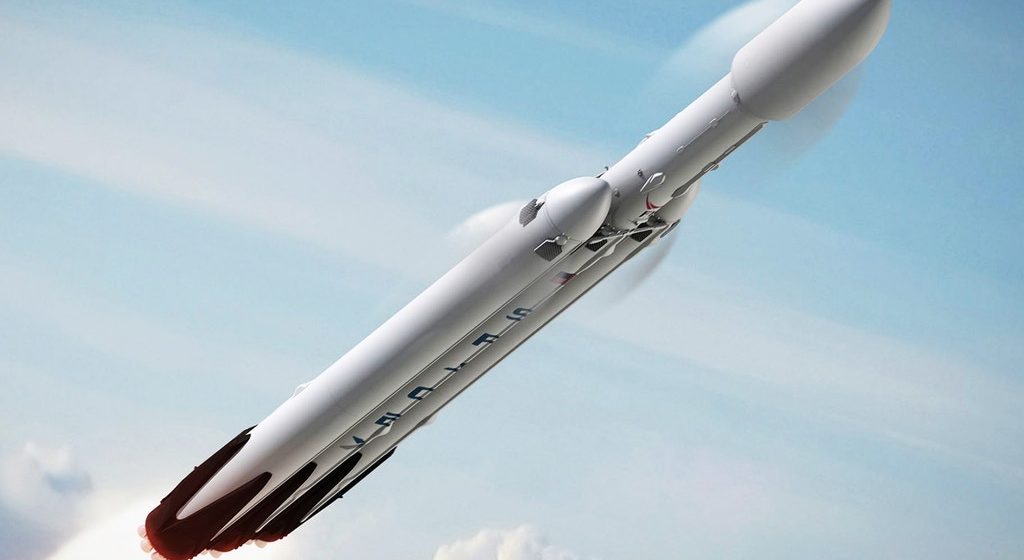 SpaceX, a company that has promised to get people commercially to space, recently released a teaser for a new rocket they have in the works. Entitled Falcon Heavy, it will be the most powerful in the world when completed.

The craft will be able to lift over 54 tons or even a jet full of passengers into orbit utilising the equivalent of 18 large airplanes at full power for liftoff, if you can wrap your head around that. Co-founder Elon Musk took to Twitter to announce all this and with a test launch scheduled for this month it’s definitely something get keen about.

Falcon Heavy to launch next month from Apollo 11 pad at the Cape. Will have double thrust of next largest rocket. Guaranteed to be exciting, one way or another.

Payload will be my midnight cherry Tesla Roadster playing Space Oddity. Destination is Mars orbit. Will be in deep space for a billion years or so if it doesn’t blow up on ascent.

Tom Cruise Is Actually Going To Space In 2021