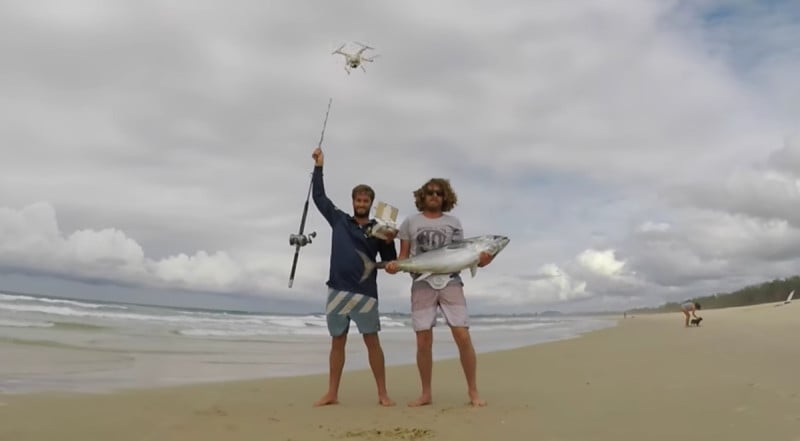 Drones have become fairly ubiquitous over the past few years, being used for everything from aerial photography to delivering bottles of champagne at nightclubs, but we’re pretty sure this is the first time they’ve been used to get bait out to a school of hungry tuna.

Brothers Jaiden and Brody Maclean, and their mate Byron Leal came up with the idea after filming the fish swimming not far off their local beach at Fingal Head in New South Wales. The boys jury rigged a rubber band contraption to their DJI Phantom drone and flew the bait out to the fish only for it to get snapped up by a massive 20kg long-tail tuna.

It might look pretty easy in the video above, but apparently it took the trio five days to finally get a fish to take the bait. Here’s to anyone willing to put thousand dollars worth of drone at risk for a nice bit of sashimi.