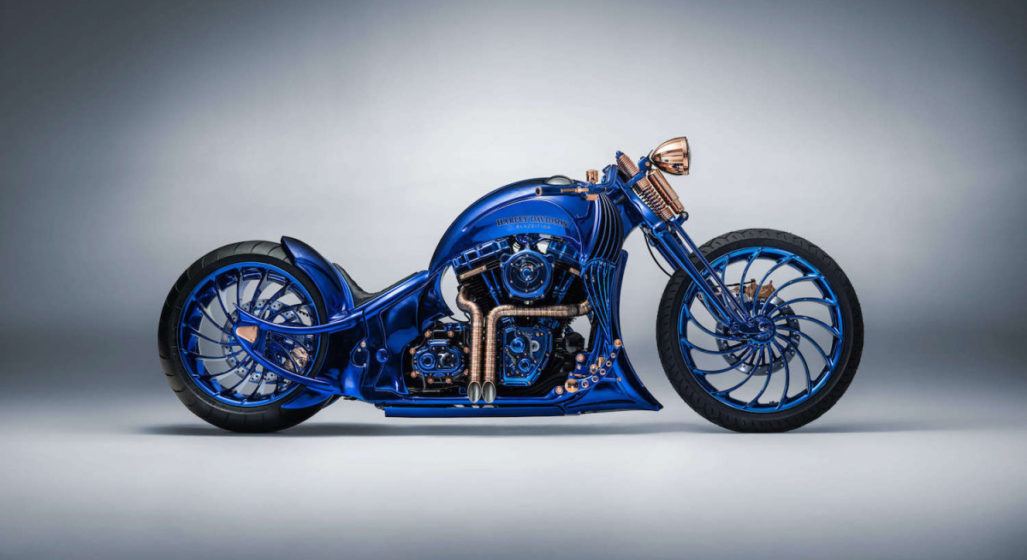 Swiss watch and jewellery company, Bucherer, has revealed a purely singular Harley-Davidson Blue Edition. Purely singular due to the fact it has been largely handcrafted, as well as being the only one of its kind in the world. Emblazoned and embellished with custom, well, everything, this object of every bike enthusiasts’ desire comes to a total value of $1.79 million USD– making it the world’s most expensive motorcycle.

The overwhelmingly striking custom job took a year to produce between a total of eight employees (in the way of over 2,500 working hours). It utilises the Harley-Davidson Softail Slim S as its base template. From there, it’s a flurry of seamless welding, opulent plating, heat-resistant LED lights, and the tasteful visibility of the valve control, gold-plated throttle valves, and rotating camshaft.

Jewellery has been incorporated throughout the design, from the Dizzler rotating ring, to the second pair of Dizzler diamond rings on the forks, and even a Heaven solitaire ring which showcases a 5.4 carat diamond. And of course, there’s the vibrant shade of blue.

On the subject of its dazzling colour, a specialist technique had to be employed in order to achieve the end result. The bike had to be plated in silver first before a “secret” six colour coating method was used. Excessive? Perhaps, but you can’t argue with that sleek aesthetic.

Check out the gallery below. 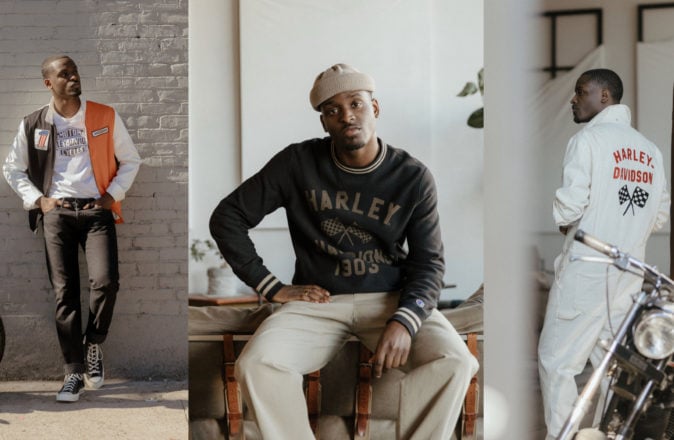 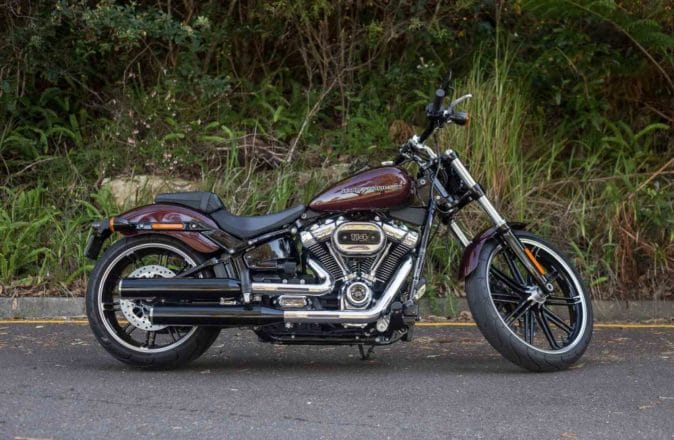 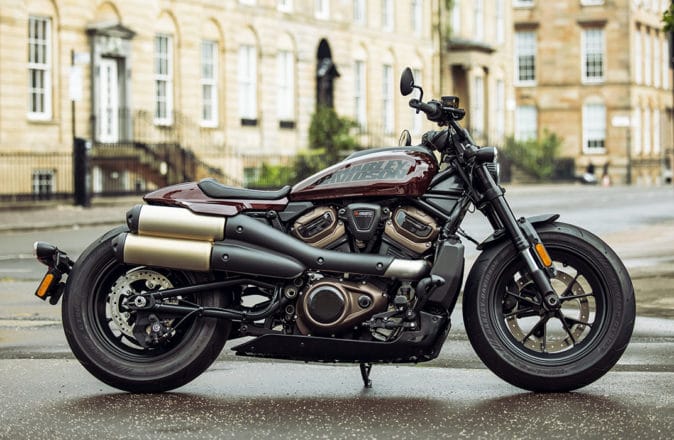