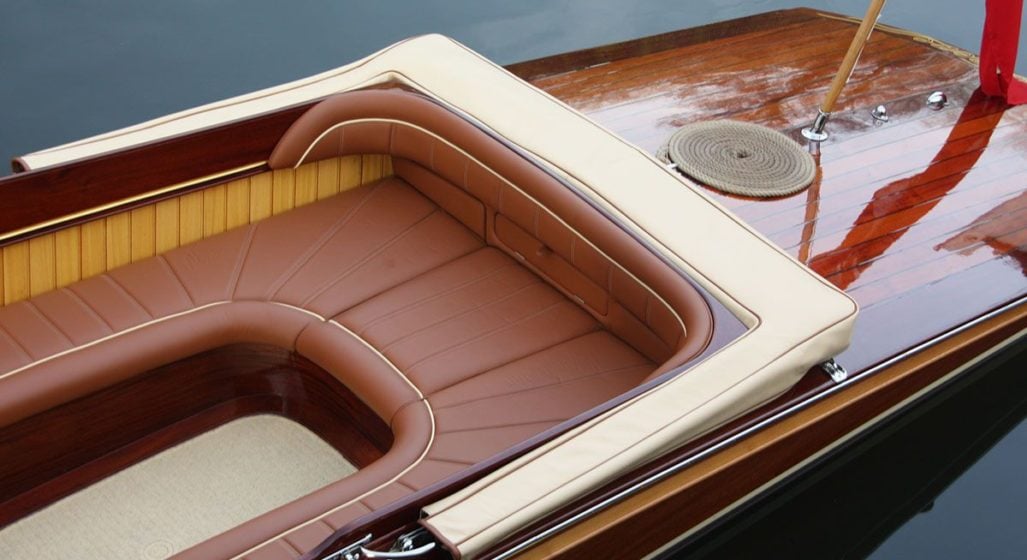 Respected automotive designer Frank Stephenson, who’s best known for his work on the McLaren MP4-12C, once completed what is quite possibly the dream passion project – a 31-foot Italian-inspired tender.

It’s called ‘Riverbreeze’ and it takes its design cues from the likes of 1960’s day boats, albeit with a slender, more streamlined body. Crafted in rosewood and mahogany from Africa and Brazil, the vessel is powered by a 4.2kW electric motor and is coated with 35 layers of lacquer to give it that charming shine in the Mediterranean sunlight.

The pièce de résistance, naturally, is the hood ornament on the bow taken from a 1932 Cadillac. Stephenson’s work as chief designer has spanned the likes of not just McLaren Automotive but also Mini, Fiat, Alfa Romeo & Ferrari. His other significant works include the Maserati FC12 and Ferrari F430. He’s now moved into the independent space after leaving McLaren in 2017, most recently offering his services to aviation start-up Lilium.

RELATED: A Look At Roman Abramovich’s Navy Of Past & Present Superyachts