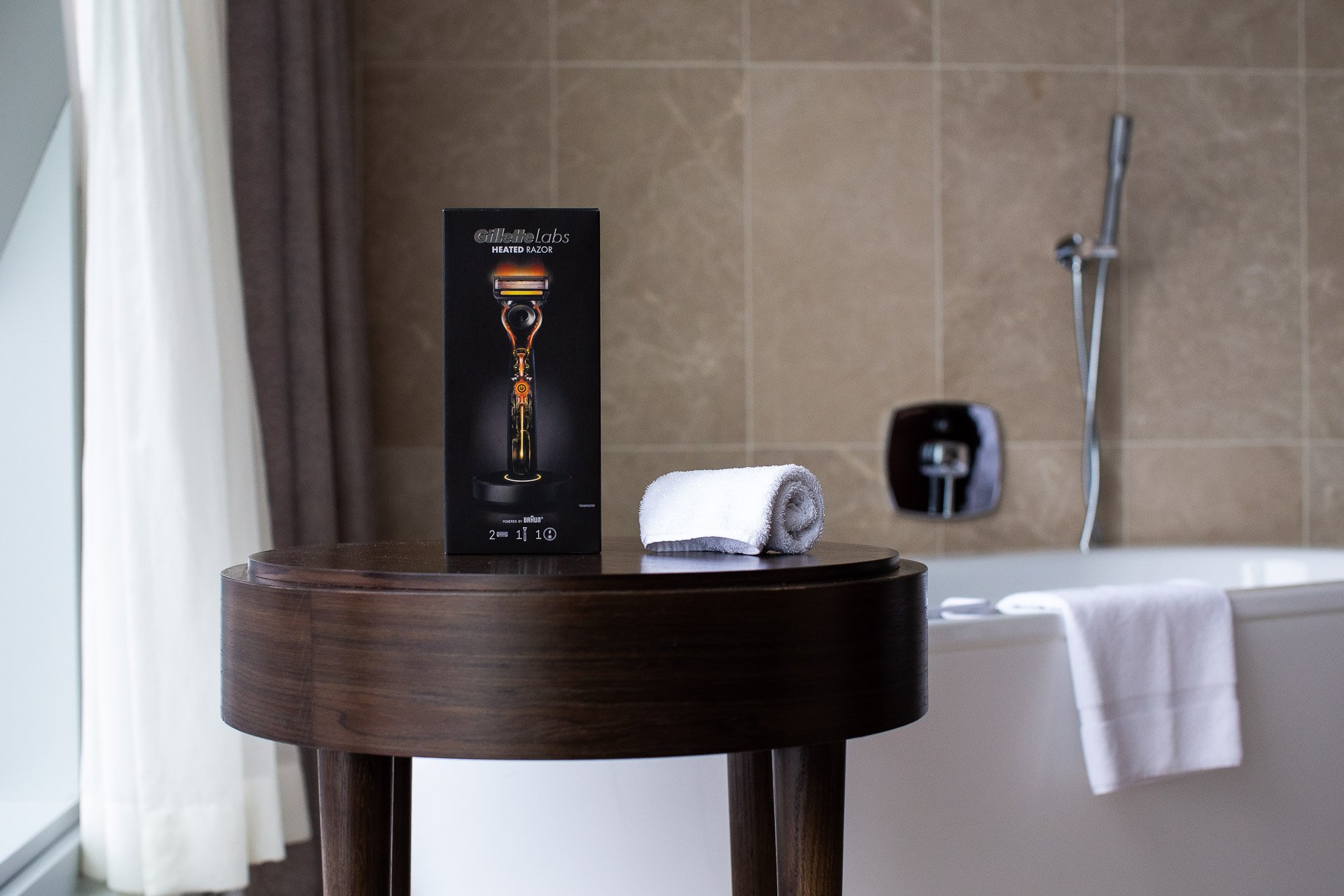 Aside from adding blades , the humble safety-razor has remained largely unchanged in the 120 odd years since it was first introduced by King Camp Gillette (yes that’s his actual name). The first product GilletteLabs have released, the Gillette Heated Razor launched via an oversubscribed Indiegogo campaign in 2018 aiming to help men “experience the comfort of a hot towel with every stroke”. A bold approach, but one that shows the iconic shaving brand are very willing to try new things.

In March this year, Gillette officially launched the Heated Razor to the world, and we were lucky enough to try one out. Can Gillette replicate the feeling of a hot towel shave, in the form factor of a regular razor? Let’s find out.

What’s in the box?

There’s no denying that the Heated Razor is an impressive razor. From the moment you open the weighty box, everything from the aluminium-zinc handle, to the charging cradle, to the custom GilletteLabs cartridges ooze quality and just look good.

First thing you have to do when you open up the box is put the razor on the charger. The wireless charging base looks and feels like something you’d get with an Apple product, and almost gives the illusion that the razor is floating while it charges. A full charge takes about an hour, but gives you up to six shaves worth of heat. Turning on the heat is as simple as pressing the power button on the handle if you want the 43 degree heat, or holding the power button if you want the bar to heat up to its maximum 50 degrees. Whichever heat you decide you prefer, it takes literally two seconds to reach the desired temperature and you’re good to go.

Back the adding blades thing – it seems like 5 is the maximum you can fit on a razor – so obviously the inside the box are two blade cartridges, variations of Gillette’s ProGlide Fusion5 cartridges (with 5 blades), which had to be adapted to slot in above the heated stainless steel bar. At almost $10 a cartridge, they’re pricey, but also are the most advanced replaceable cartridges on the market, so you’re paying for quality.

On first impressions, the GilletteLabs Heated Razor is a damn impressive package, and that’s without even having shaved with it yet.

As someone who rarely shaves with a razor anymore, mainly due to skin irritation issues, I approached the heated razor with some caution – “how much can an extra blade and some heat really do?” I found myself thinking. However after lathering on some shaving cream, holding the heat button (I personally prefer the hotter 50 degree setting) and putting blade to skin, it’s immediately obvious this is not a normal razor.

The tugging and pulling I associate with shaving is gone, instead the razor glides smoothly over my skin, the blades find every nook of my neck and jaw with ease – while the heat provides an incredibly satisfying feeling throughout the process.

I found myself shaving the same part of my face two or three times, not to get any remaining hair (there was none), but just because the heat felt so nice. I’ve got a new found appreciation for shaving with a razor, and I can honestly say my electric shaver hasn’t been turned on since I got the heated razor. The fact that it’s fully waterproof is also hugely appreciated, and means I was able to shave in the shower or chuck it under a tap to clean without a second thought.

If you’ve ever had a hot-towel shave, you’ll know it’s one of the most enjoyable feelings in grooming. This is what GilletteLabs were trying to accomplish with the Heated Razor. While it’s certainly not exactly the same feeling as having a hot towel covering your face, it’s a lot less hassle for much of the same effect and will help you enjoy – rather than dread – the daily shave.

How much is the Gillette Heated Razor (and is it worth it)?

I’m a firm believer in the old adage, ‘buy well, buy once’, and you really won’t find a better razor on the market than the Heated Razor. At $299, it’s not the cheapest razor in the world, but it’s the smoothest, most comfortable shave I’ve ever had outside of a barber’s chair – it looks the part, and is backed up by the quality you’d expect from the world’s biggest shaving company.

The verdict? It’s expensive, but, like most things in life, you get what you pay for and the Gillette Heated Razor is hands-down the best, most innovative razor in the world right now.

The Gillette Heated Razor is now available with $50 of bonus accessories for Boss Hunting readers at direct.gillette.com.au , as well as shavershop.com.au, and your local Shaver Shop store. 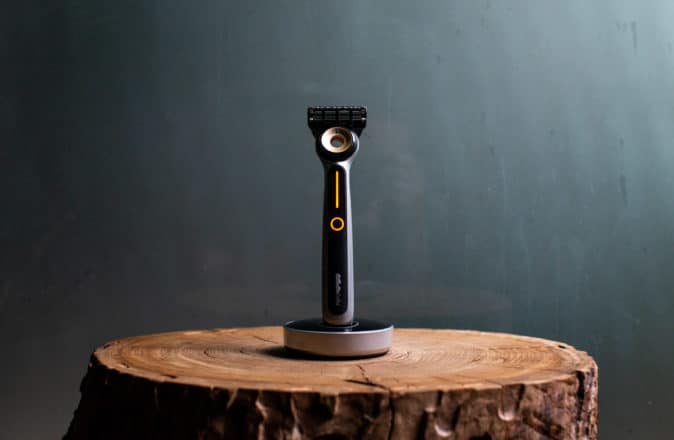 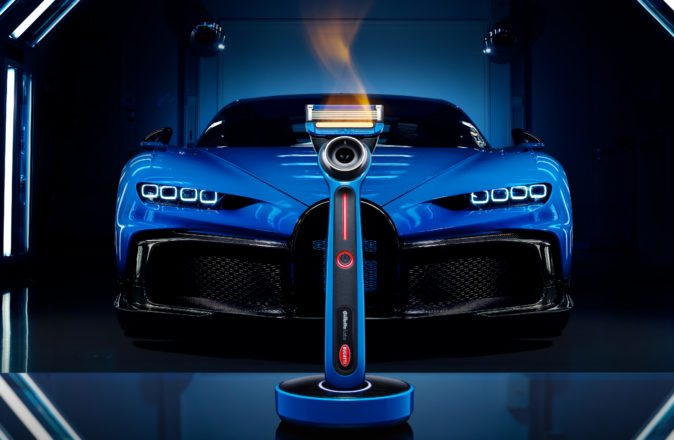 Gillette & Bugatti Team Up For The King Of Heated Razors 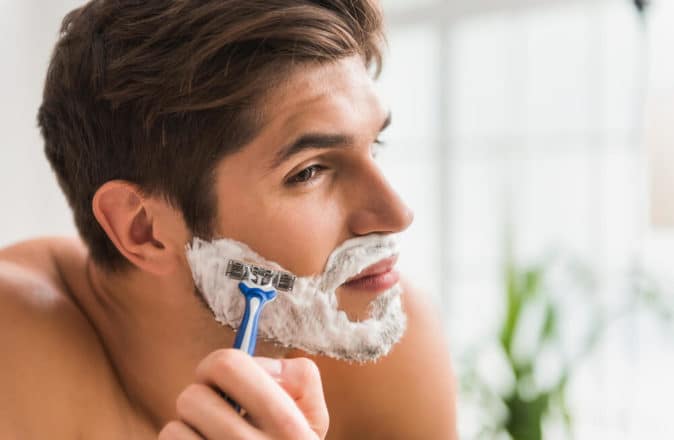