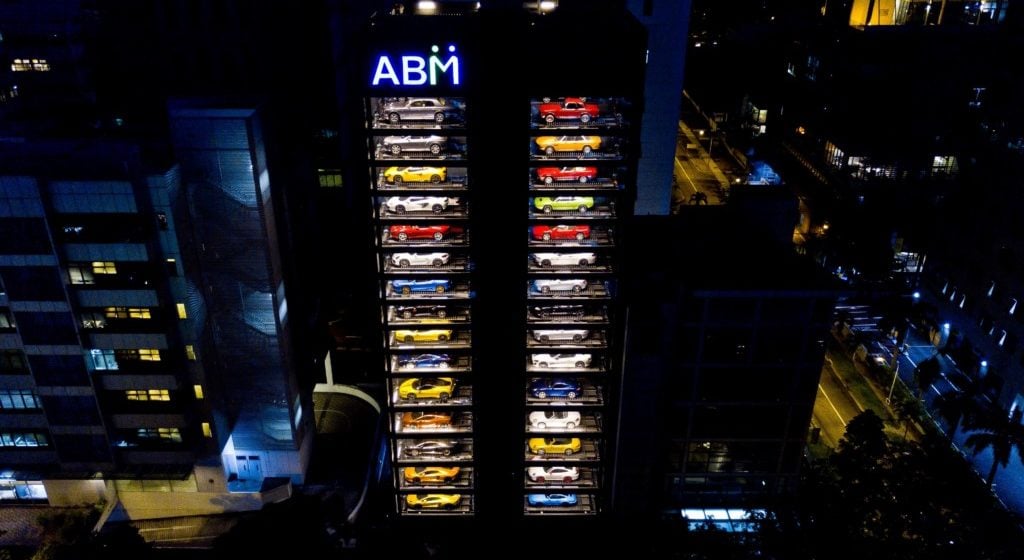 When car dealer Autobahn Motors opened up their new Singapore spot, they decided to change it up. Moving on from the conventional showroom, they instead use a 15-storey building to show off their range. Featuring two massive front-facing windows, the structure displays the cars stacked up inside like a vending machine. It can hold up to 60 of their high-end vehicles, including models from Ferrari, Bentley and Porsche.

These are all purchasable via a tablet containing a specialised app that you can use whilst there. Working as a car inventory and display coordinator, the app utilizes a unique elevator system which can retrieve a car from the very top shelf in under two minutes. In an interview with Reuters, general manager Gary Hong noted that Autobahn needed a secure space to store it’s cars, but also wanted to be “creative and innovative” with how they did it. It looks like the dealership has definitely followed that brief, creating something straight out of a kid’s toy box.

You can check out a pre-launch demo of the building in the video above.