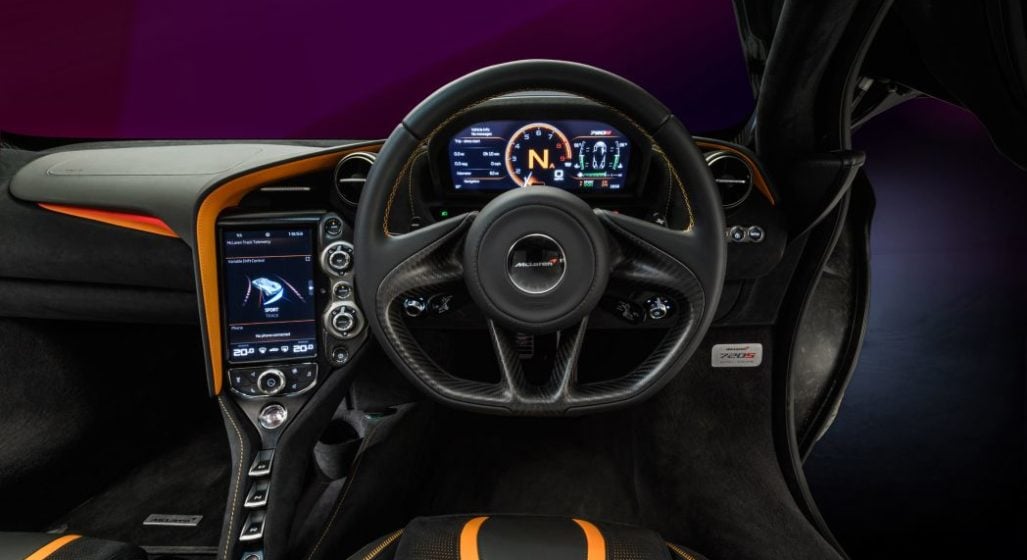 At this year’s Geneva Motor Show McLaren has dropped their new contender into the ring with the McLaren 720S, unlike some of the other models of the brand, the 720S is designed completely as a standalone model, with very few shared parts from it’s older stablemates.

Built on the carbon fibre monocoque chassis – Monocage II, the latest model out of the Woking factory, has an impressive stat sheet. Boasting a 0-100kph in 2.9 seconds, equally impressive is the 100-0 kph at just 2.8 seconds and a top speed of 341 kph.

All this has been made possible by an insane amount of aerodynamic improvements, for example, once of the first things you notice about the front end are its oversized head lights, the reality is that these are actually air channels to more evenly distribute down force over the front wheels. Other subtle additions such as an active rear wing again makes an appearance on this model similar to its predecessors.

This new Model sees McLaren break away from their trusty old V8 we have seen in everything from the 570s through to the legendary P1. Power is being produced by an all new 4 litre, twin turbo V8 producing 710hp. Pricing for Australian market is yet to be released but the base UK price is £207,000… We’ll take two please.