Two Stunning Unrestored Mercedes 300 SL’s Are Up For Auction 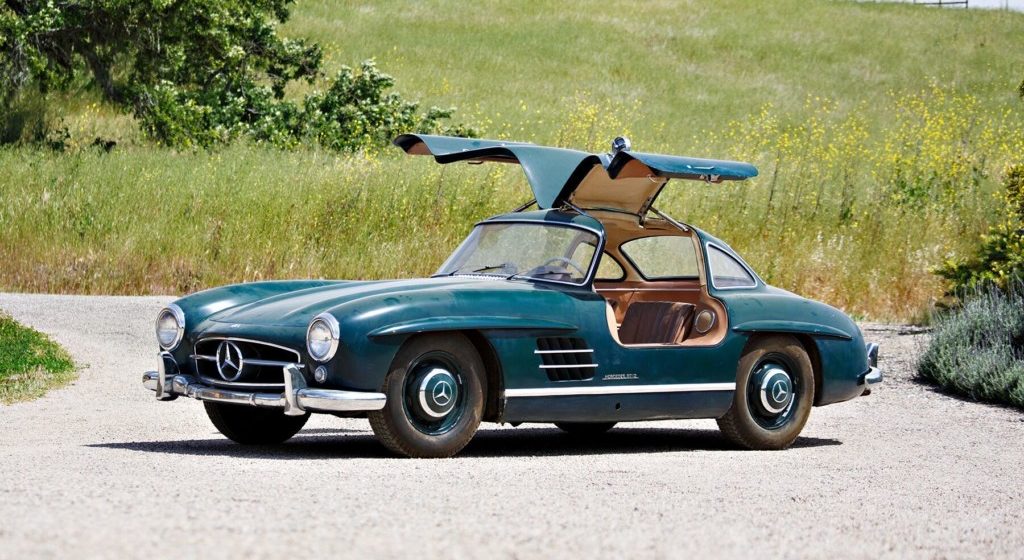 Two of the most desirable and stunning classic cars in the world are going under the hammer in August. A 1955 Mercedes-Benz 300SL Gullwing and its slightly heavier sibling, the 1957 Mercedes-Benz 300SL Roadster, are to be auctioned off by Gooding & Company.

The Mercedes-Benz 300 SL was built by Daimler-Benz and was introduced in 1954. The automotive mogul aimed to serve upscale performance enthusiasts with a toned down Grand-Prix car. Many referred to its commercial success by labelling it ‘a race car for the street.’

The pair has clocked up a superficial amount of mileage, which is just another excuse for hungry car collectors to battle it out in August at the Pebble Beach Concours d’Elegance.