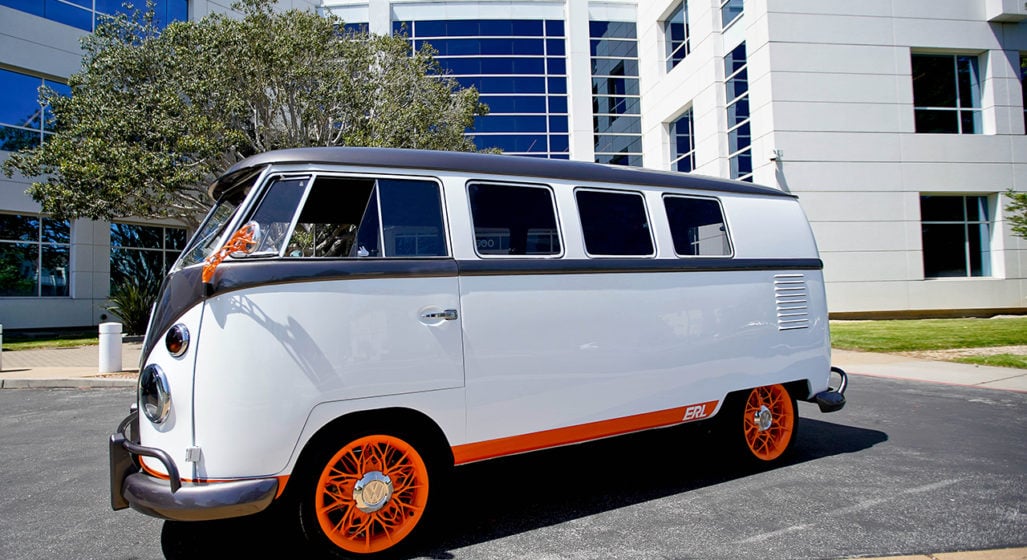 Celebrating the launch of its new Innovation and Engineering Center in California (IECC), German manufacturer Volkswagen has transformed their vintage 1962 Type 2 Kombi 11-window Microbus into a modern, electric-powered whip.

Named the Type 20, this update of the classic camper van comes with a rear-mounted engine powered by a 10kWh battery that produces 120bhp and 173 lb-ft of torque, which is surprisingly twice the power of the original model. The retro Kombi also features a number of new technological features not seen before, including a custom active suspension system (from the brains over at sister automaker Porsche) that allows the van to rise when approached by the driver.

The Type 2 also includes a number of futuristic adjustments, with a real-time facial recognition system used to access the car, a holographic infotainment system and a conversational digital assistant system that allows drivers to use verbal commands to perform things such as changing the radio station or turning on the air conditioner.

Finished with a black and white paint job with orange trim, the Type 2 concept could be the camper van of the future if put into production.