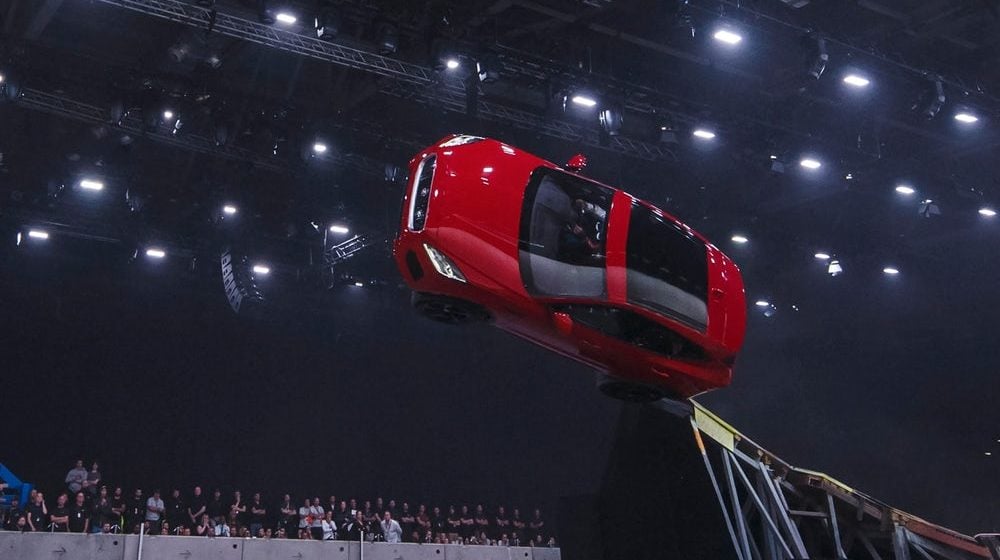 The Jaguar E-PACE has been revealed with a definite bang, gliding straight into the record books. The newly unveiled SUV was put to the test with a recreation of an epic stunt from the set of the 1974 Bond film The Man With The Golden Gun. In honor of the late Roger Moore, British stunt driver Terry Grant put the car through a 15.3 metre-long jump alongside a 270-degree corkscrew-like barrel roll. During the feat Terry experienced a G-Force 5.5 and required him to nail a 160-metre at the perfect speed.

The result, which you can watch above, is truly epic and marks Terry’s 22nd Guinness World Record as the “Furthest Barrel Roll in a Production Vehicle”. Apart from being the ultimate stunt car the Jaguar E-PACE is also set to be one of the most exciting compact SUVs on the market, a combination of “sports car design and agility with everyday SUV practicality”. It’s not coming to Aussie shores until April 2018, so in the meantime make sure you check out the details for it here.