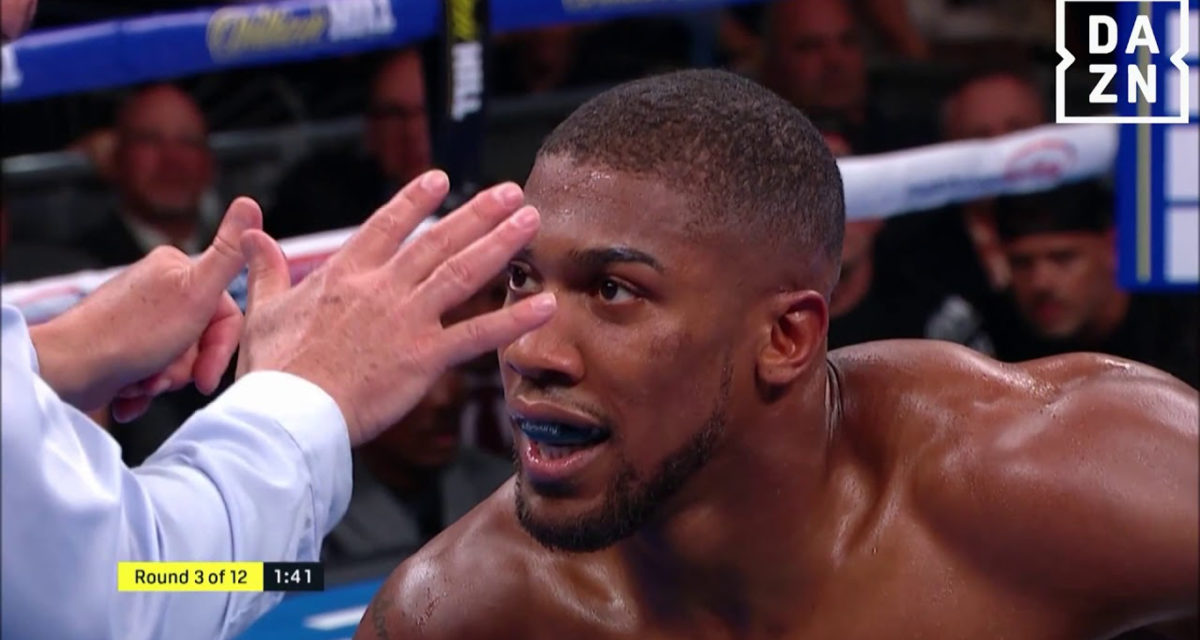 If you thought being 2-2 in his last four fights, losing all those world championship titles to Oleksander Usyk, and arking up at uni students would lower the stock of Anthony Joshua — his new deal with DAZN should serve as a reminder of what the heavyweight boxer from Watford brings to the box office.

In a blockbuster deal that marks the end of his nine-year partnership with Sky Sports, DAZN is welcoming Anthony Joshua into the fold as a shareholder, special advisor, brand ambassador, and member of its strategic advisory board for the global expansion of boxing content. This news comes after DAZN reacquires the services of Canelo Alvarez, asserting its presence in the sport with two premier names.

AJ is expected to step into the ring sometime this August for a high-profile rematch against Oleksander Usyk, which has repeatedly been delayed due to the Ukrainian two-weight champion’s involvement in the ongoing Russian conflict (read: the bloke’s been defending home turf). Saudi Arabia is heavily rumoured to be the leading destination for the bout.

“I am entering a new phase in my career with a new training environment, new coaches, and now a new broadcaster,” Anthony Joshua stated in a press release.

“Negotiations at this level take time so I am pleased to have it all wrapped up and now I can fully focus on giving the fans and DAZN what they want, knockouts in the glamour division.”

“I’ve been working with DAZN and following its progress for a long time. We have enjoyed a really successful partnership in the U.S. for many years and I know the team and understand the passion and drive of the business.”

“DAZN’s vision and passion to innovate is what attracted me to the partnership. They are leading the digital landscape in sport and the future of sports broadcasting. I am really looking forward to a long and successful partnership.”

While it’s unclear how long Anthony Joshua will continue to box, his deal with DAZN encompasses two fights and over £100 million (AU$175 million) per year. Whether this will ultimately include a highly anticipated encounter with WBC Heavyweight Champion Tyson Fury is unclear. Especially given Fury’s recent talks of retirement after his much-hyped money fight against reigning UFC Heavyweight Champion Francis Ngannou.

This new deal will also keep Anthony Joshua in the company of his promoter Eddie Hearn, who similarly left Sky Sports for DAZN last year.

“We have been successfully working in partnership with DAZN for many years now and this new announcement with Anthony Joshua emphasises why they continue to set the standard for the future of sports broadcasting,” said Eddie Hearn.

“We have a shared vision with DAZN to make it the unrivalled home of boxing for fans across the world. Now with Anthony joining the team the stage is set to do even more together and we are looking forward to getting started.”

Say what you will, but the man’s a certified heavyweight. Inside and outside the ring.