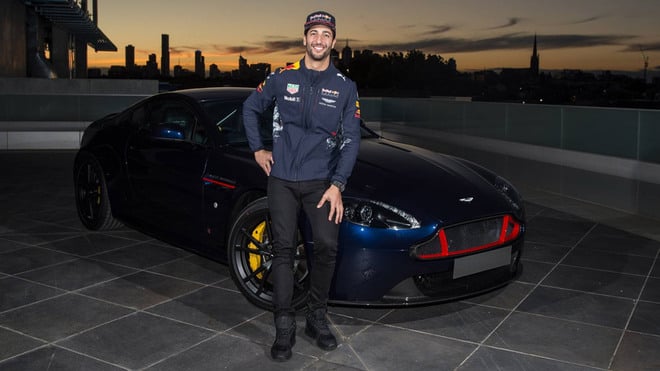 British luxury automotive outfit Aston Martin are said to be considering a move to the Formula 1 circuit as an engine supplier when new powertrain rules come into effect in 2021.

The rules aim to focus on cheaper, less complex hybrid engines rather than the current 1.6-litre V6 turbo petrol-electric hybrids.

Aston have until now hovered around the peripheries of the racing sport, sponsoring Aussie Daniel Ricciardo’s Red Bull Racing team, and most recently collaborating with said brand on their upcoming F1/supercar hybrid, the Aston Martin Valkyrie.

Aston’s CEO Andy Palmer, who was present at the most recent F1 rule-making discussions, spoke of the manufacturers intentions to be more involved in the sport.

“We sit on the periphery of F1, with the Valkyrie, and with Red Bull,” quoted Palmer to British car publication Autosport.

“There’s always that question, would you want to enter as a team? Our major competitor is Ferrari, so in that sense there’s a rationale in being involved in some way. But for a company that’s only just moved to making a profit we don’t have the 350-400 million a year that you have to spend on F1.”

“If – and it really is the big if – there is a cap put on the number of people or the amount of money that you can spend on developing a new engine, and it’s at a reasonable level, we have a good reason to study it. At the moment there are lots of opinions, and it’s still morphing into whatever the final idea will be.”

German automotive powerhouse Volkswagen Group were also present at the discussions, with speculations that Audi or Porsche could also have a place on the grid come 2021.

FIRST LOOK: The Aston Martin Valkyrie In The Wild