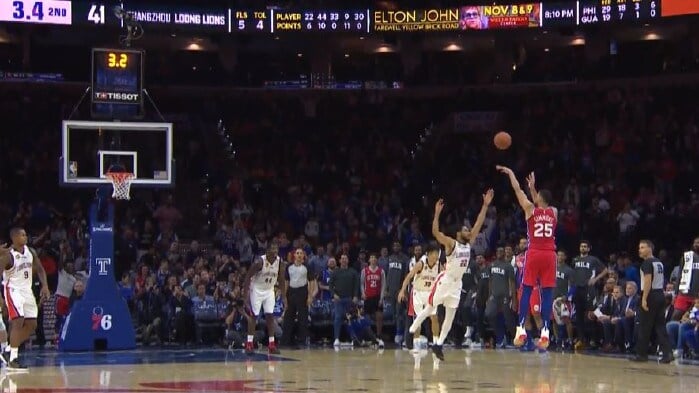 Okay, it might have only been a preseason game against a Chinese team, but Aussie NBA All-Star Ben Simmons has just made his first three-pointer in a Philadelphia 76ers jersey.

The shot came at the end of the second quarter, sending the stadium’s crowd into a frenzy. Simmons has been the subject of criticism of late for his lack of eagerness to shoot from outside the line, with the jump-shot never being a strong part of his game.

At the time of publishing, the 76ers are up 132 to 67 over the Guangzhou Loong Lions as the clock runs down at the end of the fourth quarter. Check out the three-pointer below.