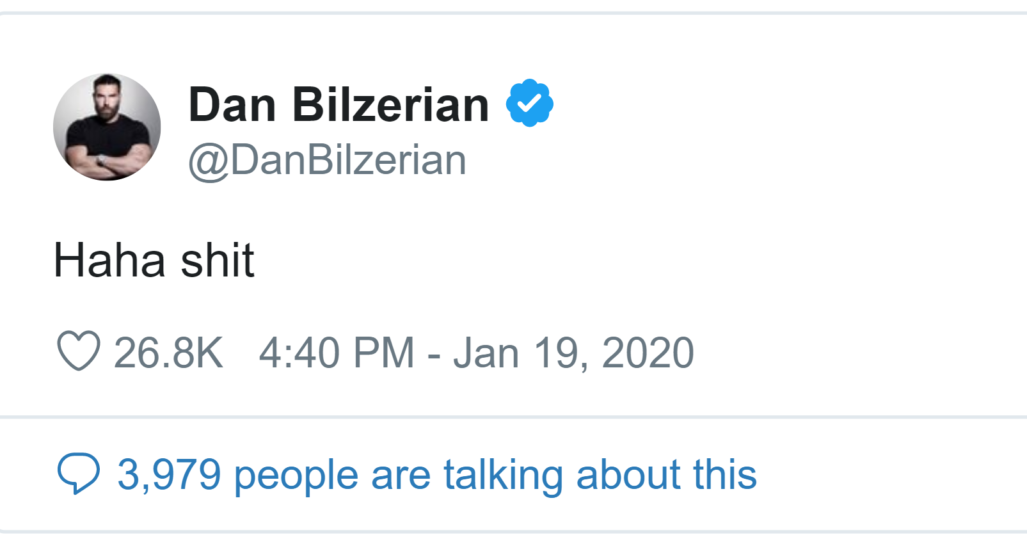 So you reckon you’ve had a poor weekend on the punt? Get a load of this – in what has to be one of the most expensive forty seconds in the history of weekends (I’ll let you populate the punchline with set-ups based on your own experiences), Dan Bilzerian lost an estimated US$1,000,000 plus betting against Conor McGregor in UFC 246.

Puttin some pocket change on @cowboycerrone who y’all got?

Even the most casual MMA fan could have told you that McGregor was likely to best Donald “Cowboy” Cerrone. And it was one such occasion where the Vegas odds were fairly on the money. For reference, McGregor was the favourite at -310 points. But perhaps the odds for a Cowboy payout were too tasty for Bilzerian to pass up. At +240 points, if indeed a milly was placed on the Texan, the total payout would have been approximately US$3,400,000.

McGregor’s latest performance marks a stunning return to form. Putting all his efforts into the gym with Coach John Kavanagh, forgoing the usual circus antics, and letting his fists do all the talking, he effectively ended the bout in forty seconds.

Cerrone opened by shooting for the double leg, which was swiftly met with a knee from McGregor. The two welterweights soon found themselves in a clinch, where the first of McGregor’s three aggressive shoulder strikes broke Cerrone’s nose in spectacular fashion. Shortly after, McGregor landed a head kick that slipped past Cerrone’s guard – appearing as though the latter had read the former’s move as a body kick – before McGregor sealed the deal with a flurry of his famed lefts.

Both men were gracious in victory and defeat, capping off a UFC event for the ages.